A 42-year-old man was shocked when he returned to his apartment in Pathum Thani province yesterday (Oct 9, 2019) and saw smoke seeping out under the door of his room.

The apartment tenant said no one was in the room when the fire started. His wife was at a fitness center and he returned to his room to fetch a document for his boss.

As it turned out, his wife left the rice cooker plugged in before she went to the fitness center. It took firemen 20 minutes to stop the blaze. Two other rooms were slightly damaged. 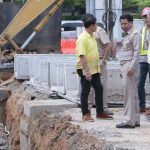 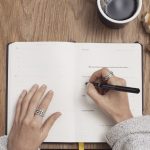 Are you a small business with limited time on your hands, or do you feel like paying someone to create and publish blog content is like burning cash? The good news is, blogging does help your website and online visibility, so it’s worth a go

Mark KellyJuly 9, 2020
Thailand is hopeful of hosting its postponed MotoGP race in November after a delay caused...
END_OF_DOCUMENT_TOKEN_TO_BE_REPLACED