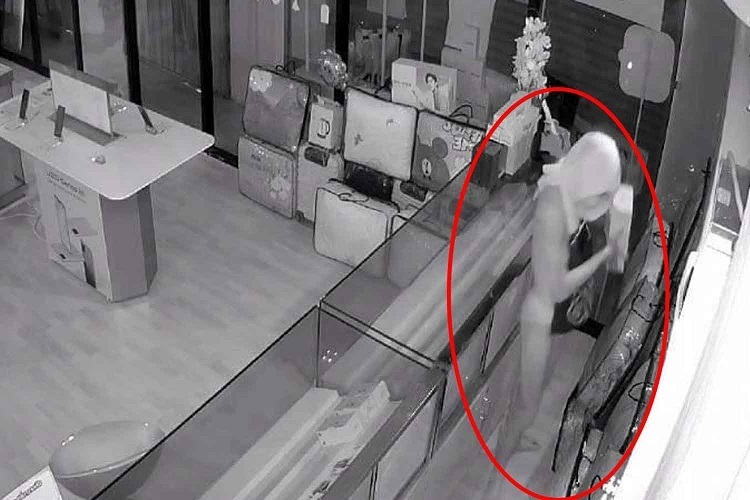 A male burglar who wore only underpants while stealing mobile phones from Banana IT stores late at night, and gave many away to homeless people, was put through a crime scene re-enactment on Wednesday – but police made sure he was fully clothed.

Police took Jeh-isma-ae Hama, 23, to a Banana IT shop in Muang district of Nakhon Nayok for the re-enactment.

Security camera recordings showed the native of Narathiwat province in the far South was wearing only underpants when he allegedly stole 128 items, mostly mobile phones, worth about 1.9 million baht from the shop after breaking into the premise about 3am on Sunday.

Police arrested him the following day at a rented room in Bang Kapi district, Bangkok.

The suspect allegedly told police he stole only from Banana IT shops because he liked bananas and the colour yellow, and he wore only underpants because dressing that way made him feel confident.

After the re-enactment in Nakhon Nayok, police planned to take him to other crime scenes for re-enactments.

They found 58 more phones in another room the suspect rented on Ramkhamhaeng Road. Both rooms are in Bang Kapi district, Bangkok

The man was about to leave for Narathiwat with the stolen phones when he was caught, Pol Maj Gen Theeradet said.

He alleged the suspect stole from a Banana IT shop in the southern border province of Yala on Jan 27, 2021, and from another Banana IT outlet in Sai Mai district, Bangkok, on Jan 9 this year.

The suspect also allegedly stole from Banana outlets in Songkhla, Prachuap Khiri Khan, Phatthalung and Nakhon Si Thammarat provinces in the South, and in Nong Bua Lam Phu and Ubon Ratchathani provinces in the Northeast. He was dubbed the “thief in underpants”.

Mr Jeh-isma-ae allegedly told police he chose mobile phone outlets from online maps and he stole mobile phones because he had not had one during his childhood, unlike his friends.

He said that he handed out some of the phones and money to homeless people at Hua Lamphong railway station and Sanam Luang ground in Bangkok, and also to people in his home province of Narathiwat, in “Robin Hood-style” because he had also been homeless in the past.

Police question the suspect in the rented room where he was arrested in Bang Kapi district, Bangkok, on Monday. (Photo supplied) 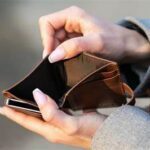 Dual-tariff structure on the way for foreign visitors 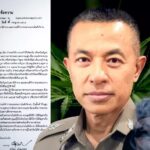