Home » Under lockdown, Thais look for love on university dating groups on Facebook 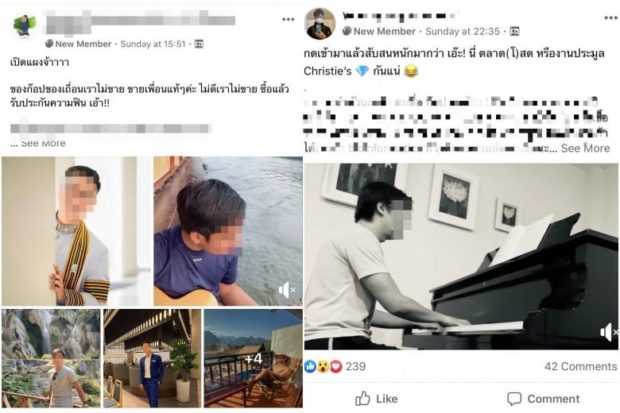 It began with “marketplace” groups on Facebook created by alumni of various schools and universities to sell anything – including food, medical supplies and household appliances – amid the economic fallout from the coronavirus outbreak which has left many Thais jobless and without incomes.

Now groups, created by and for students, alumni, and faculty of up to 12 universities, have sprung up which many see as nothing more than dating sites.

“I saw someone post in the university’s marketplace group looking for love, so I thought there should also be space for relationships among students and alumni,” said Dr Chanokporn Puapattanakun, a lecturer at Mahidol University and an administrator of the university’s dating group, which has nearly 20,000 members as of Friday (April 24).

“The alumni can reminisce about their time at the university. They can make new friends and won’t get lonely,” she added.

In another dating group, “Single Doctors Market”, created for those with PhDs, a man can be seen dancing to Carly Rae Jepsen’s song Call Me Maybe while holding up a piece of paper with his phone number.

In the same group, a woman said, tongue-in-cheek: “I had a boyfriend. But after less than a year of PhD, I became single. Luckily there is now a market.”

Ms Natsikan Panmanee, 24, a fresh Thammasat University graduate, said she joined its group for fun and did not have high expectations at first.

“My first goal was entertainment. Getting a boyfriend was secondary. But I do want a long-term serious relationship,” she said.

The communications graduate said she got approached by more than 10 men, mostly from her university, after she posted an introduction of herself which was accompanied by photos of her. “I can’t wait to go out on dates,” she said.

Mr Songpol Chansutthikanok, 24, a business consultant who introduced both himself and his friend in the Mahidol University group, claimed to have found his match with the declaration “deal closed”.

“(The lockdown) has really affected dating. We haven’t become a couple yet so going to see her at her house with her parents around is not appropriate,” he said.

Mr Songpol also told The Straits Times in an interview that he had previously tried dating apps.

“I tried Tinder but it didn’t work out. I didn’t click with anyone there and most of them just looked for hookups,” he said.

With thousands or sometimes tens of thousands joining each group, they cater mainly to those who are studying or have studied at specific universities. But outsiders are also allowed.

For now, though, many of those who connect will find it challenging to go on a date.

Most malls, restaurants, coffee shops and bars as well as cinemas have been ordered shut in the government-imposed partial lockdown and night-time curfew. 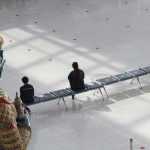