Ultra-Orthodox Israeli Radio Station: An ultra-Orthodox radio station in Israel has been ordered to pay out $280,000 in damages, for refusing to put women on the air, in the first class-action lawsuit on civil rights in the Jewish State.

An Israeli court ruled on Thursday that Kol Barama radio station must dole out one million shekels (US$280,000) in damages as part of a lawsuit that was filed by Orthodox feminists on behalf of ultra-Orthodox women who were prevented from hearing female voices on the station.

The suit, which was filed in 2012 in the Jerusalem District Court, is the first class-action lawsuit to challenge civil rights in Israel. Although the court ruled in 2014 that Kol Barama had operated in a discriminatory manner, the station appealed the decision in the Supreme Court. Its appeal was rejected a year later, and several hearings have since been held to determine the amount of damages to be paid.

Responding to the ruling on Thursday, attorney Orly Erez Likhovsky, who represented the plaintiffs, called it an “important milestone in the struggle against discrimination in general and the exclusion of women in particular,” Haaretz reported.

The very fact that the class-action suit did not end in a settlement between the two sides, as is usually the case, also “represents a breakthrough,” the attorney emphasized.

The one million shekels to be paid out by the station will go towards programs that help empower religious women.

Although Kol Barama lifted its ban on putting women on the air in 2014, two years after the suit was filed, it still does not allow female singers to be heard. 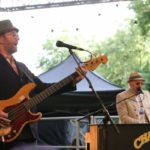