The two defendants, Zaw Lin and Wai Phyo, are now at risk of imminent execution.

Reprieve is calling on the British government to seek a stay of execution for the two Burmese men.

They are young migrant workers convicted of murdering British backpackers Hannah Witheridge and David Miller, following what the group called “a deeply flawed investigation and trial.”

In 2017 the NCA formally acknowledged that it acted unlawfully in providing assistance to help secure the death sentences of the two.

The NCA’s admission followed a legal action brought by Reprieve on behalf of Zaw Lin and Wai Phyo.

The NCA’s admission it acted unlawfully added to questions over whether the two individuals’ convictions are safe.

Reprieve said it “highlights the possibility that the real killers could still be at large while innocent men await execution.”

Reprieve Director Maya Foa said: “The British government has a responsibility to ensure that these men are spared execution given the role it played in securing their death sentences.

“The prime minister should make urgent representations to the Thai government seeking a reversal of these death sentences, and must also overhaul the broken risk assessment process which allowed a UK agency to render itself complicit in the death sentences — and now likely executions — of men who may well be innocent.” 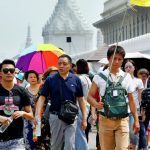 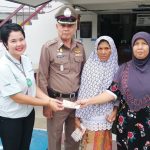