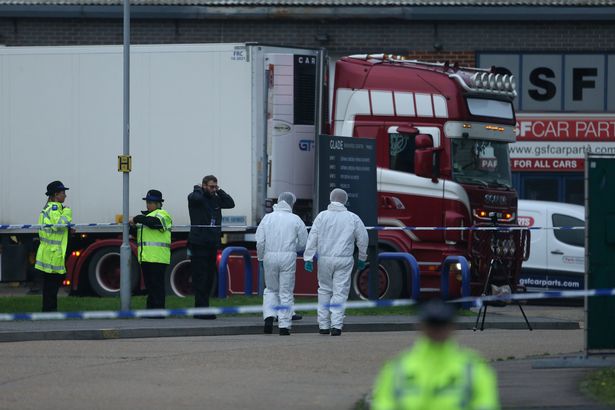 Police hunting the Vietnamese mastermind behind the Essex lorry horror are believed to have identified the kingpin.

A special task force is searching for a man known as Mr Truong who, it is claimed, has made millions from desperate families.

Officers in Ha Tinh province and neighbouring Nghe An, where at least 24 of the dead are believed to have come from, consider him to be the head of the “global ring” in the region.

A source said: “As much as these gangs like to hide in the shadows, their names are being whispered in the community.

“While they now threaten the families who were smuggled with violence to keep them silent, each day the police are building up a picture on the operation Truong oversees.”

Her brother said it was her second attempt to enter the the country, having earlier been caught and returned across the Channel.

Her heartbroken father Pham Van Thin, who with his wife Nguyen Thi Phong earns £155 a month, said: “The smugglers said that this was a safe route, that people would go by plane, car.

“If I had known she would go by this route, I would not have let her go.”

The bodies of the eight women and 31 men were found in a refrigerated trailer attached to a lorry at an industrial park in Essex, early last Wednesday.

He faces charges including 39 counts of manslaughter, conspiracy to traffic people and money laundering. He will appear at the Old Bailey next month.

Three others arrested, a man aged 38, a woman aged 38, and a man of 46, have been released on bail until next month.

A huge international probe is under way to identify the victims.

Essex Police initially believed they were all Chinese nationals but 25 are now thought to be from Vietnam.

All have been moved to Broomfield Hospital in Chelmsford prior to being formally identified.

It is not yet known when the victims entered the trailer, which can reach minus 25C, or its exact route.

Officials in Belgium said it arrived at Zeebrugge at 2.49pm on Tuesday and left the same day heading for Purfleet in Essex.

It was picked up at around 12.30am on Wednesday by the cab, which had arrived from Northern Ireland via Holyhead.

It left shortly after 1.05am. Police were called to the Waterglade Industrial Park in Grays 35 minutes later.

Officers from Essex and Northern Ireland are expected in Dublin to question a man about the people trafficking route in Europe and smuggling gangs.

He is in protective custody. 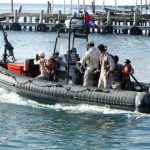