A petition has been started that aims to persuade the UK government to abandon plans to stop issuing proof of income letters to pensioners and other applicants.

The move was announced by poster “richiejom” on Thaivisa who said that the petition received 12 signatures in its first hour.

Other posters in the thread called for people to sign up.

Some British people in Thailand feel that their consular services are being degraded and they feel abandoned. 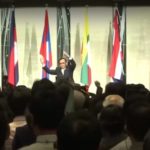 Is the General losing his marbles?