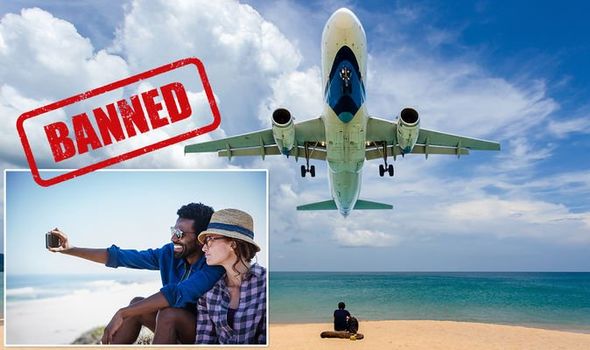 The UK government has updated their travel advice warning for those travelling to areas in Thailand that they deem either safe and unsafe to travel to.

British nationals make more than one million visits to Thailand every year, and most visits are trouble-free, however a small number of people do encounter problems in the country.

Today, (Friday, June 21), the Foreign and Commonwealth Office have advised that the provinces on the Thai-Malaysia border should not be visited unless essential.

This includes Pattani, Yala and Narathiwat, and the Southern Songkla province.

Also, consular support is not available in the parts of Thailand where they advise travellers not to visit, state the government.

In regards to the country, most of the area is deemed safe to travel, with the advice coming into affect below Satun, Hat Yal and Songkhla. 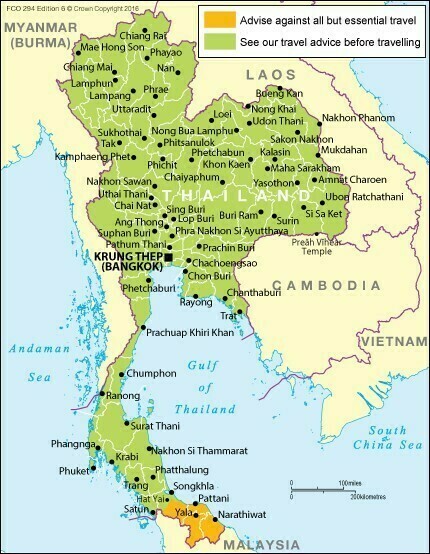 The government have also reported that Thailand is hosting the ASEAN summit in Pathumwan District in Bangkok between June 20 and 23, and local authorities will increase security around the venue and localised traffic disruptions are likely.

They explain on their website: “Avoid any protests, political gatherings, demonstrations or marches, and be wary of making political statements in public.

“People have faced criminal charges for participating in these activities. Others, including British people, have faced charges for sharing articles online that could be seen as portraying Thailand negatively or making accusations about individuals.

“Lèse-majesté, (criticism of the monarchy in any form) is a crime which can be broadly interpreted, and carries a long jail sentence.”

They also state that there is poor air quality across Thailand, especially in Bangkok and Chiang Mai, which can enter into unhealthy and hazardous levels.

This may aggravate bronchial, sinus or asthma conditions. Children, the elderly and those with pre-existing medical conditions may be especially affected.

The government have told tourists to take out comprehensive travel and medical insurance before they fly out, and to be aware that there are a high number of road traffic accidents in Thailand.

Under Thai law, drivers or bikers must have appropriate insurance and the correct licence for the category of vehicle they plan to use.

Terrorists are very likely to try to carry out attacks in Thailand. On 10 March 2019 a number of small explosions occurred in Satun City and in Patthalung Province in the South of Thailand.

There were a series of small explosions on Samila beach in Songkhla City in December 2018.

The authorities have on a number of occasions warned of the possibility of attacks to coincide with symbolic dates or holidays. 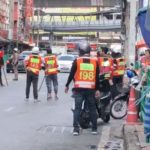