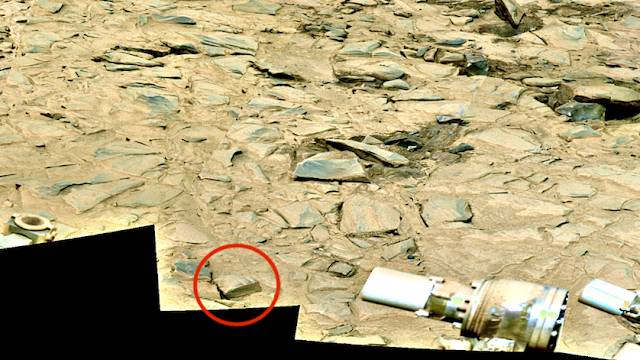 A UFO hunter has found ‘proof’ that aliens believe in religion, having found what he claims is a photo of an old Bible lying around on Mars.

The verified NASA rover photos were originally shot in 2015, with wide-angled shots revealing what was going on in Mars – which was not very much, by the looks of things.

But self-proclaimed UFO expert Scott C. Waring took a more detailed look into the snaps, having found what he thinks is an ‘old family Bible’.

Waring recently revisited his discovery, and decided to share it on his blog, UFO Sightings Daily.

He wrote: “I wanted to take a look at the old discovery of a book on Mars I made many years ago.

“You can clearly see the side of the book with the pages reveled and the lines of the page edges. The cover of the book is thick and well defined. I wanted to revisit it and make sure the photo was still up.”

Waring, who is based in Taiwan, continued: “Often NASA removes photos after discoveries have been made in them.

“This one is of special interest in that it resembles an old family Bible.

“Such a discovery is a sign that religion is not just a human thing, but a unlimited thing that we share across the universe.

“I also believe that Pope Francis, who has astronomers inside the Vatican, would also be interested in such a discovery. Such a discovery could only strengthen such religious beliefs. Proof that aliens [believe] in religion.”

Recently, Waring also claimed he’d found proof that aliens not only exist, but also that they’re on the moon.

On his other website, The ET Database, he shared what he said was ‘100 percent Indisputable Proof’ of ‘alien cities on the moon’.

Waring said he was looking at some detailed images that ‘partially reveal the dark side of the moon, or almost dark side because Earth cannot view this part of the moon, but a little sun light does hit part of it’.

He continued: “The white dots, which so many inexperienced people have called photo flaws, are real. My proof is the shadow. Look at the shadow covering them.”

Waring added: “You will notice like I did that there is some unusual formations of white dots. These are evenly spaced apart and stay close to one another. That is because you are looking at cities on the moon.”

Waring goes on to say he has identified ‘three types of building’, with metallic ones, white ceramic buildings and ‘dark buildings’. 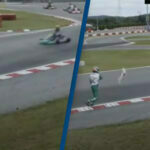 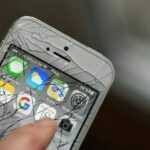