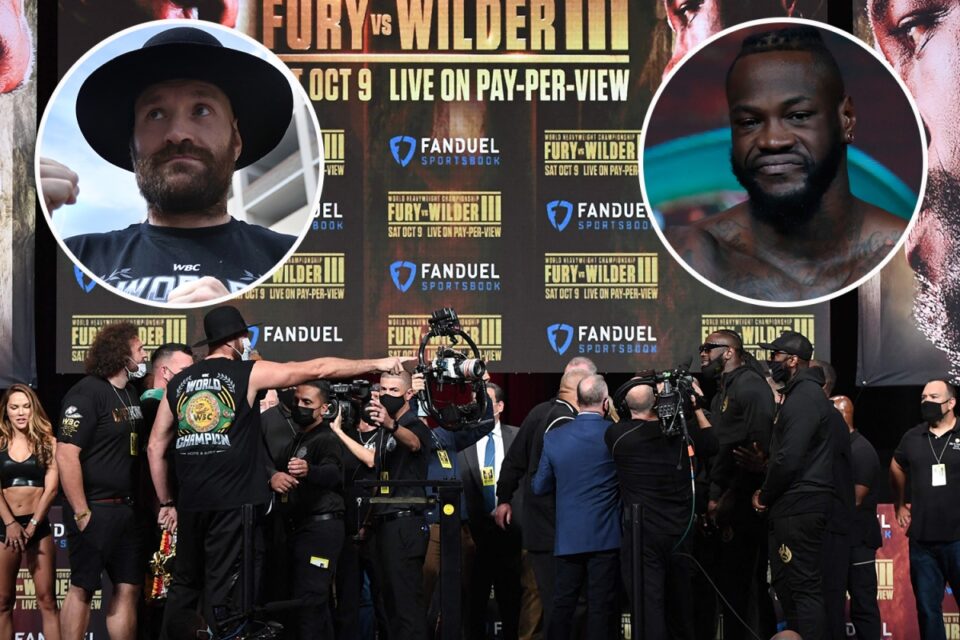 BLOODTHIRSTY Tyson Fury plans to feast on Deontay Wilder’s claret again after weighing in at 19st 11lbs – the heaviest of his career.

England’s 33-year-old WBC heavyweight champ tipped the scales at a monstrous 19st 7lbs for the last clash he totally dominated and has packed on about 4lbs to reach 277lbs for the trilogy bout.

Wilder did the same by packing on more muscle to hit his own career heaviest of 17st.

When the Gypsy King, 33, shook up the sport by axing his old defensive skills and blasting Wilder out in seven February 2020 rounds, he had bulked up and looked sensational.

And he once again looks set to slam one foot on the Las Vegas gas and the other on the American’s throat.

Remembering the iconic moment he licked the blood that was oozing from Wilder’s mouth and ear last time out, he roared: “I told him before the fight I wanted to taste his blood and I did.

“It has only made me thirsty for more.

“My weight means total obliteration and annihilation, 277lbs to put him in the royal infirmary.”

Twig-legged Wilder, 35, was a career heaviest 16st 7lbs for the first defeat of his once-brilliant KO artist career.

That night was a disaster but instead of stripping back the bulk he piled even more on.

Wilder said “I wanted to look sexy and feel sexy, he will not be able to put all his weight on me now.

“The weight came off naturally and we had a loving, joyous camp.”

The pair clashed backstage in the MGM arena, swapping insults in the bowels of the building.

Both men shouted “f*** your mumma” before Fury’s younger brother Shane got into a slanging match with a member of the Bomb Squad.

Big Shane was heard yelling: “You piece of s***, you are getting knocked spark out. F*** you.”

And when a member of Team Wilder yelled back an insult relating to Shane’s curves, he barked: “I’ll tell you what a fat boy could do to you, rip you to pieces you p***y!”

Fury’s unfamiliar black fedora hat also made a bit more sense when a social media message from wrestling legend The Undertaker was posted.

The American giant asked Fury to floor his compatriot before standing over him and uttering his famous catchphrase: “Rest in peace”. 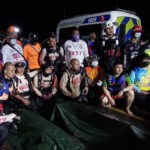 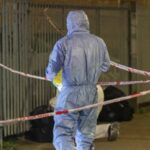 Man left fighting for his life after three gunned down