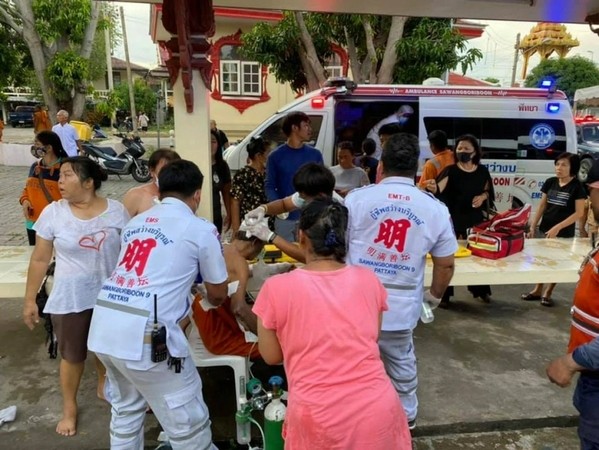 Two people were hospitalized with severe burns following an explosion at a crematorium in Chonburi province.

On Thursday (July 23) at 5 pm, Sawang Boriboon Rescue Foundation was informed about an explosion at Wat Banglamung in Chonburi’s Banglamung district. One victim, Rat Changpradit, 74, suffered severe burns all over the body and is in a critical condition, while the other victim, Wanchai (last name unknown), aged 63, suffered burns on his hands and torso.

Both were rushed to a nearby hospital.

Witnesses told officials that they were attending a funeral but the crematorium seemed to stop working. The two victims, who are both undertakers, tried to inspect the burning chamber but suddenly it exploded, causing injuries to the victims and prompting funeral attendees to flee the scene.

The explosion left cracks in the crematorium while burning wood and cement went flying in the area. There is no report of casualties among funeral attendees.

The temple has been sealed off and officials from Police Technical Affairs Division will inspect the crematorium on Friday to determine the cause of the explosion. 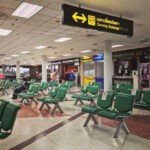 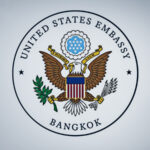 US embassy greets HM the King on 68th birthday