Two trains have crashed between Salisbury and Andover, prompting a major response from rescuers.

Both vehicles collided in Wiltshire on the South Western Railway line this evening, and one is thought to have derailed.

Incredibly none of the passengers aboard each train were apparently badly hurt and most were given treatment for shock at the scene.

Police have said no one has died, and a driver who was trapped in his cab has since been released and taken to hospital for relatively minor injures.

It is understood the Great Western 1708 Portsmouth Harbour to Bristol Temple Meads hit an unknown object as it came out of a tunnel near Salisbury station and the rear carriage derailed.

A South Western Railway service from London Waterloo to Honiton is then thought to have collided with the rear of the derailed train.

An air ambulance, police helicopters, and the Coastguard were called to the scene near Fisherton Tunnel at around 7.20pm, while 50 firefighters are on site.

One local woman posted on social media: ‘I live nearby and there’s been at least 30 sirens including 5 fire engines.’

A mum who was out trick or treating with her family nearby has likened the noise of the crash to ‘a bomb’ and ‘thunder’.

Tamar Vellacott, 25, said she was walking outside with her young children, mother and partner in Bishopdown, around a kilometre from the scene.

She said: ‘It was a noise we’ve never heard before… my young ones started panicking thinking it was a bomb and we said maybe a lorry had crashed on the London Road and not to panic.

‘There was no screeching like brakes, just a long rumbling sound like thunder hitting the railway line.

‘It did spook us though, so we decided to get in our car and drive home to Laverstock where three police cars passed us at speed.’

Tamar said she and her family have donated blankets to the casualty centre set up at Salisbury’s St Mark’s Church.

She added: ‘We have been watching the helicopters from our house… it’s just so hard to know how you can help in such a horrid situation.’

Peter Golden, 52, from Laverstock, Wiltshire, said: ‘It sounded like something big collapsing – the sound of things falling into each other.

‘It wasn’t till the helicopter arrived on station over the tunnel that I realised what I had heard.’

A BBC reporter said 12 people were believed to have been injured but not seriously in the crash.

Transport Secretary Grant Shapps said investigations into the crash would be undertaken in order to help prevent similar ‘serious’ incidents in future.

He tweeted: ‘My thoughts go out to those affected by the serious rail incident near Salisbury.’

Shortly before 8pm, Wiltshire Police tweeted: ‘We are currently at the scene of a train crash involving two trains between Andover and Salisbury.

‘We are responding with the fire and ambulance service at the site close to Grateley. Will update as soon as we have more information.’

General secretary of the Transport Salaries Staffs Association Manuel Cortes said: ‘Thoughts of our entire union are with the loved ones of everyone caught up in what may well turn out to be a tragic event.

‘We will have to await further details, but this is a very sobering reminder about why safety on our railways is always paramount.’ 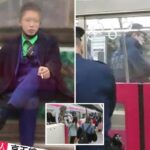 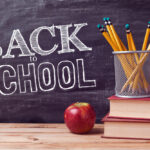