The Lumpini police station was alerted at 10.30pm of the accident in front of Soi Mahad Lek Luang 2 off Ratchadamri Road in Lumpini district near the BTS Ratchadamri station. 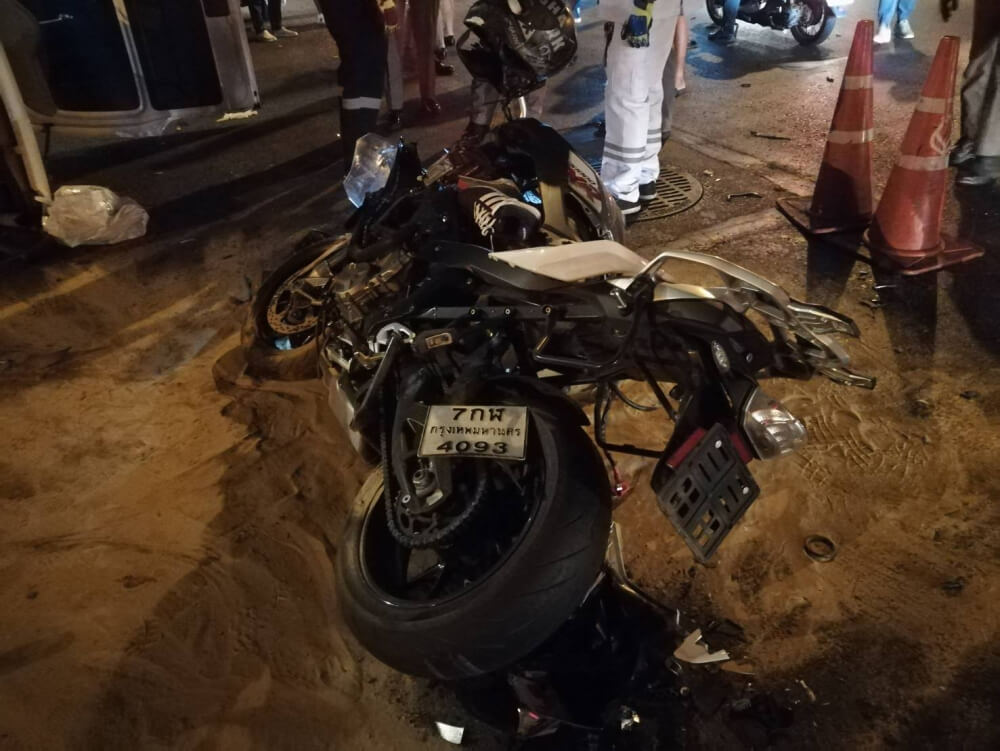 Police said the BMW S1000XR motorcycle hit the left side of a Toyota van, causing it to flip onto its right side. The motorcycle pierced through the side into the passenger room of the van. 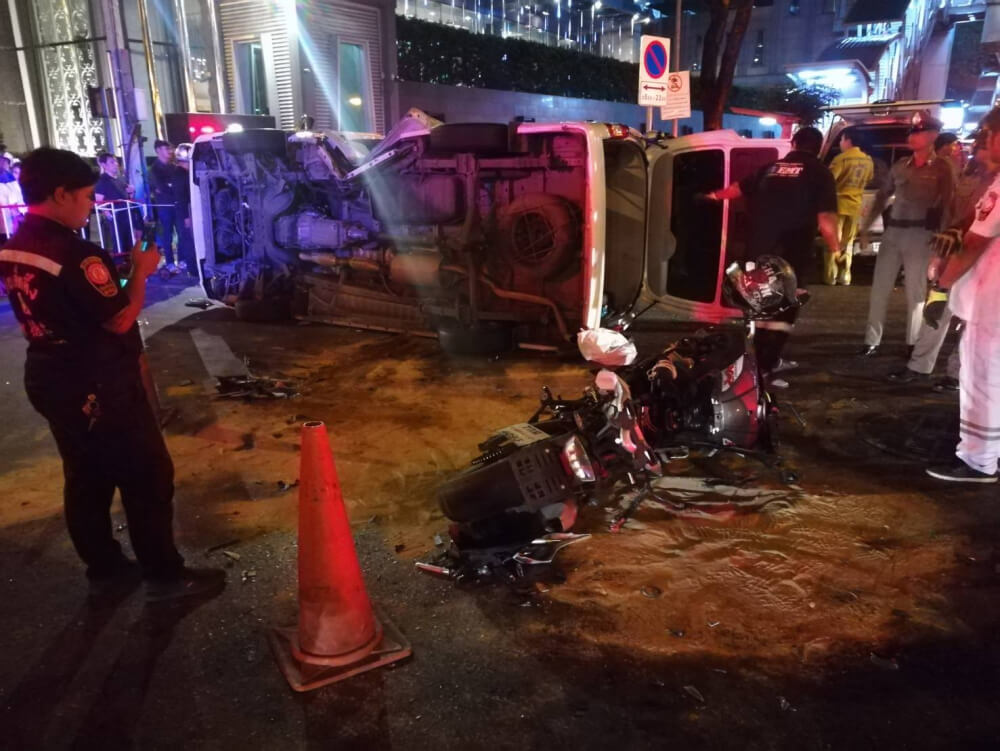 The body of motorcyclist Adam Balogh, 30, was found on top of two severely injured men inside the van. The two other men were identified as Krisztian Bodrogi, 35, and Tatsuro Takaoka, 36. The two injured were rushed to Chulalongkorn Hospital.

The van driver, Permsak Yainoi, 57, said he was driving the Japanese man back to his residence on the soi when the speeding bike with a driver and a pillion rider hit him.