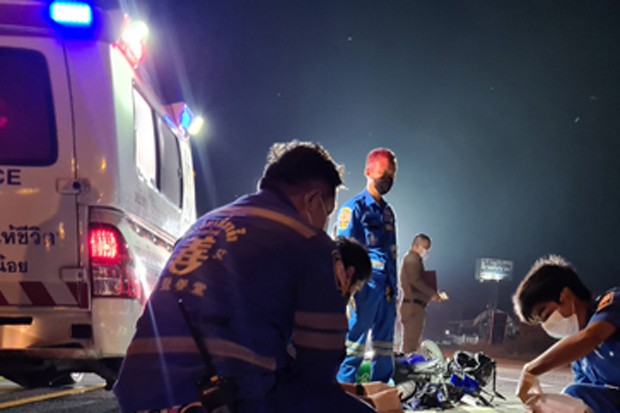 Two motorcyclists, one of them a woman GrabBike taxi driver, were killed in two separate accidents in Hat Yai district in the small hours on Sunday, police said.

On the road, police and rescuers found the body of Phanyok Phukamnerdmanee, a 40-year-old female GrabBike taxi driver from Phatthalung province, lying over a badly-damaged motorcycle. Her head had been crushed by a large vehicle.

Local residents said they heard a loud sound of a collision. They came out to take a look and saw a lorry leaving the scene, leaving behind the motorcycle and the dead driver.

Police were checking if there were security cameras in the area which could provide footage of the hit-and-run incident.

In the other accident, Pol Lt Vorameth Suwanrat, a deputy chief investigator at Hat Yai police station, said he was informed at about 4am a man had been killed after a motorcycle he was riding rammed into a power post by the Lop Buri Rames road in tambon Khu Tao.

Police were investigating to establish the actual cause of the accident.

Rescue volunteers examine the body of a motorcyclist after his bike collided with a lorry in Hat Yai district of Songkhla shortly after midnight on Sunday. (Photo: Assawin Pakkawan) 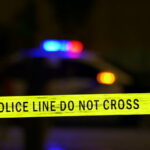