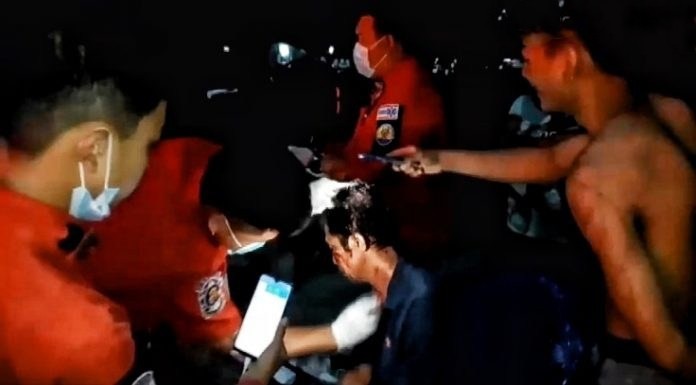 Two construction workers were injured after getting into a fight with hammers after an argument that started after one man accused the second of eating too loudly in Mueang Chonburi this week.

The Mueang Chonburi Police were notified of the incident on Thursday night in Ban Suan.

Rescue workers and The Pattaya News arrived at the rental room to find Mr. Sutket Lasan, 43, who had sustained moderate head injuries. He was taken to a local hospital for medical assistance.

Mr. Sutket told police, “I was eating in my room alone. Mr. Prajin Samornsri, 26, who lives next to my room, allegedly shouted through the wall that I was eating too loudly when my spoon clinked on my dishes.”

“I shouted back that we live in different rooms and to mind his own business. Prajin asked me to move out, which I refused, then entered my room and attacked me with a hammer.” Claimed Mr. Sutket.

Meanwhile, Prajin told police he could not sleep as Mr. Sutket eats too loudly and this is allegedly not the first time. He claimed Mr. Sutket had been warned to be quiet.

Mueang Chonburi police will detain and interview both men following their visit to the hospital. They will then determine any potential legal charges. 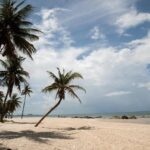 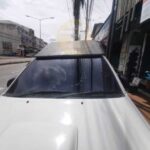