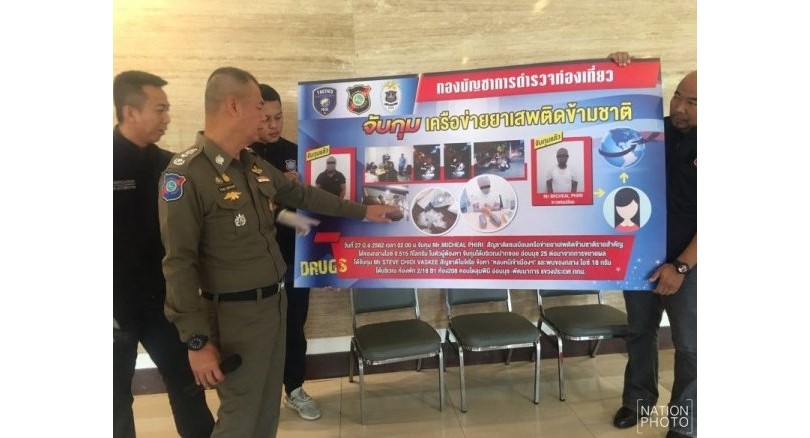 Two African men have been arrested along with 533 grams of crystal meth or “ice” in Bangkok’s Suan Luang district.

Tourist Police Bureau chief Pol Lt-General Teerapol Kuptanon told a press conference on Friday that following a tip-off about drug delivery at the mouth of Soi On Nut 25 on Thursday, police arrested Zambian national Micheal Phiri, 39, at 2am in the area along with 515 grams of “ice”.

Police then searched Phiri’s rented room in Prawet district and found another 18 grams of “ice” hidden in the ceiling of the toilet and apprehended the room occupant Nigerian man Steve Chidi Vaskee, 37, who did not have a valid Thai visa.

Phiri reportedly confessed to drug trafficking and said the drugs were meant to be delivered to a Thai women whom he hired as a drug mule for Bt60,000 to move narcotics to another country.

The woman was supposed to place condoms in two tube-shape packages and insert them in her body to avoid detection while travelling, he told police.

He claimed that he received the drugs from a Nigerian man identified only as Osaka whom he connected with via WhatsApp.

Teerapol said the two suspects had entered Thailand in 2014 initially with the tourist visa before they applied for the language teacher visa. They have been in the country illegally since that expired.

The “ice” was of good quality and could fetch at least Bt2 million in a third country, Teerapol said.