LIKE A scene from a film, an underground passage was discovered at an alleged drug kingpin’s house in the border province of Tak during a 6am raid on Thursday… but the man himself was nowhere to be seen. It recalled the WWII classic “The Great Escape”, in which prisoners built an underground tunnel to flee their PoW camp. 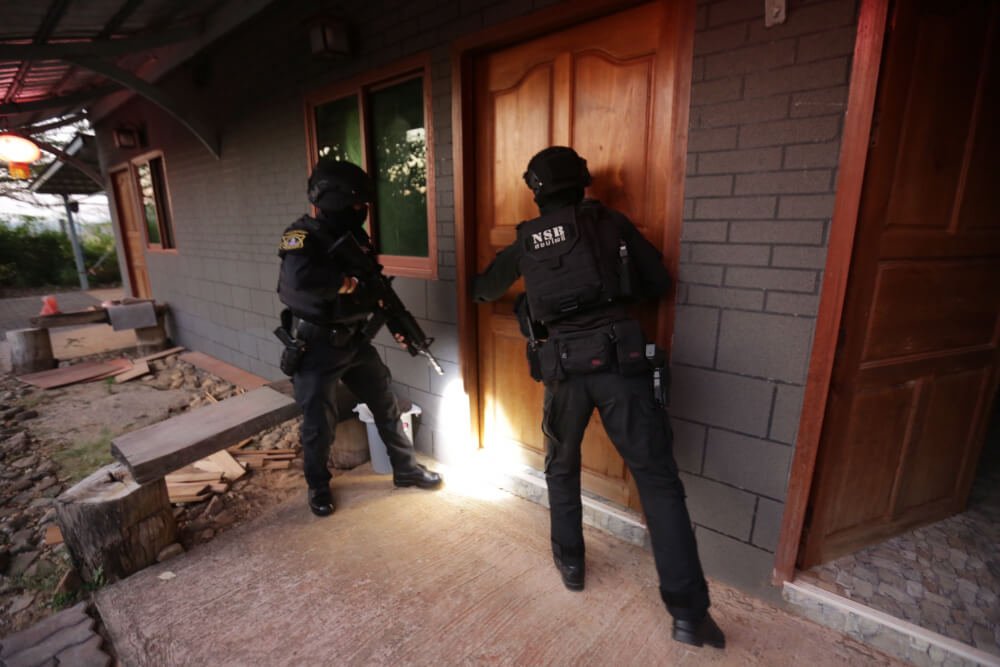 Although 48-year-old Sua, who reportedly also has a Thai passport and a residence in Mae Sot, was absent, a team led by national police deputy chief Pol General Chalermkiat Srivorakan discovered a 100-metre-long tunnel from his home within a 22-rai (3.5-hectare) compound in Mae Sot that also contained a jewellery factory still under construction, a company office and cargo warehouse.

Police suspect that the passage, which provides a route from the house to an outdoor spot 100 metres away, was created to transport drugs and other illegal items, and evade police arrest. 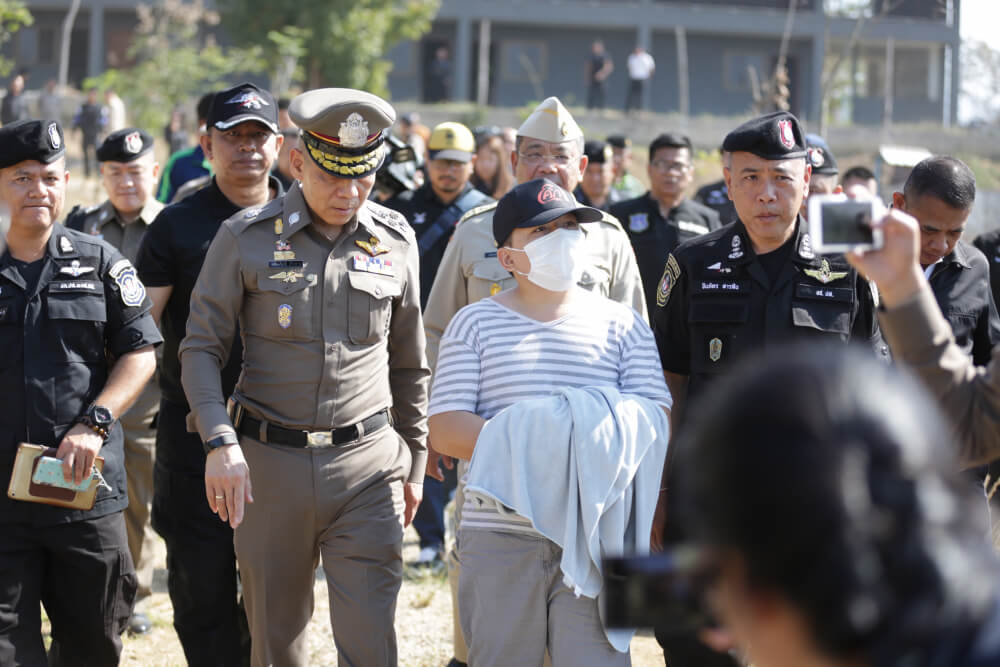 A chemical lab, whose purpose police suspect was to make “ice”, was also found on the premises. Officers impounded the property for further inspection, while two male caretakers insisted they were just hired to guard the place. 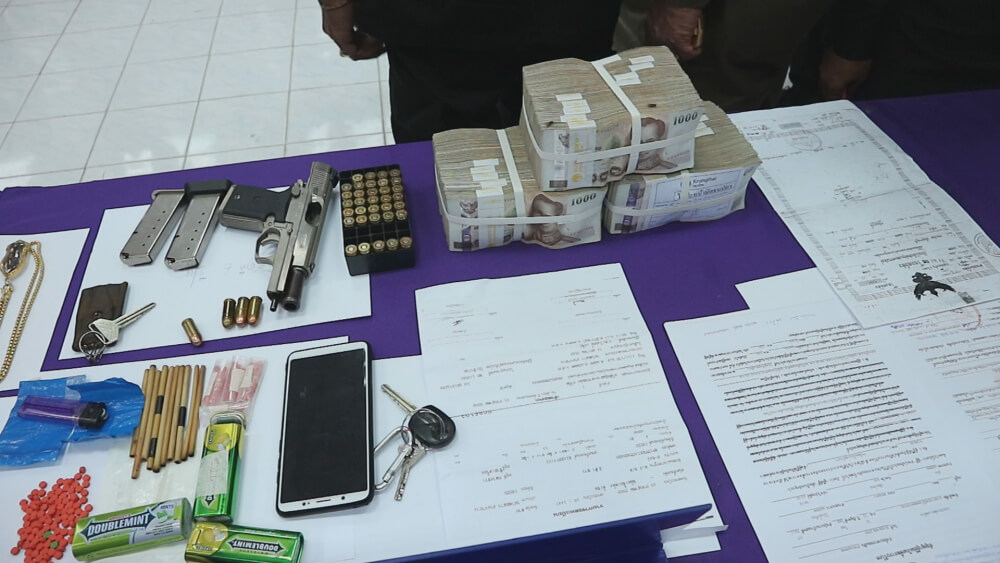 The operation stemmed from a police investigation that secured arrest warrants over money-laundering charges for Sua, his jewellery business partner Prapat Saetuang, 27 and Prapat’s mother-in-law Nathor Yodmahawan. During another police raid of Prapat’s house 10 kilometres away, officers apprehended Prapat, who denied any involvement with, or knowledge of, Sua’s alleged drug trafficking and claimed he hadn’t been able to contact Sua for nearly two years. Police also arrested Prapat’s mother-in-law during the raid.

Back in September to November 2016, the NSB joined forces with their counterparts from the US and Australia to monitor Sua’s alleged transnational drug activities. 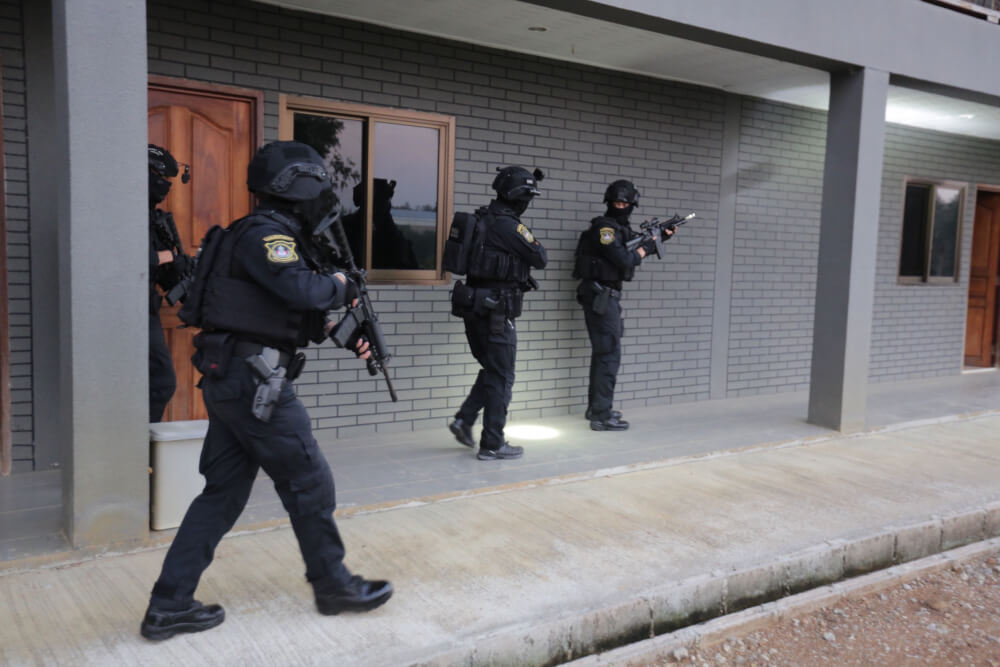 Two gang members were arrested in November 2016 while trying to transport 1,100 kilograms of “ice” in a car in Myanmar to a ship in order to smuggle the load to a third country.

A search at a Yangon warehouse yielded a further 621 kilograms of “ice” and two Taiwanese men were arrested.

As the chief suspects had fled from Yangon to Mae Sot, Myanmar police asked officers in Thailand to apprehend Sua, who was believed to be the owner of the drugs, plus his wife and accomplices.

NSB deputy superintendent Pol Colonel Pisal Erb-arb said the police investigation over the past year had led to the seizure of assets worth Bt150 million from Sua’s gang.

Sua’s group was also suspected of links to the jailed Lao drug kingpin Xaysana Keophimpa’s ring that led to the jailing of actress Naphapa Tantrakul’s motorcycle racer ex-husband Akarakit “Benz Racing” Worarojcharoendet. A primary court in September sentenced Akarakit, 31, to eight years in prison – and later granted him a Bt1-million bail – after finding him guilty of laundering money by leasing a Bt20-million Lamborghini on behalf of Natthapol Nakkham, an alleged accomplice of Xaysana.

Chalermkiat said Sua’s group used Chiang Rai’s Wiang Kaen district-based Hmong traffickers to move drugs into Thailand while Natthapol served as a liaison for the drugs to be sent to other countries, including Taiwan and Australia. He alleged Sua’s group had trafficked drugs for at least 10 years before opening the Tak jewellery company as a front for money-laundering.