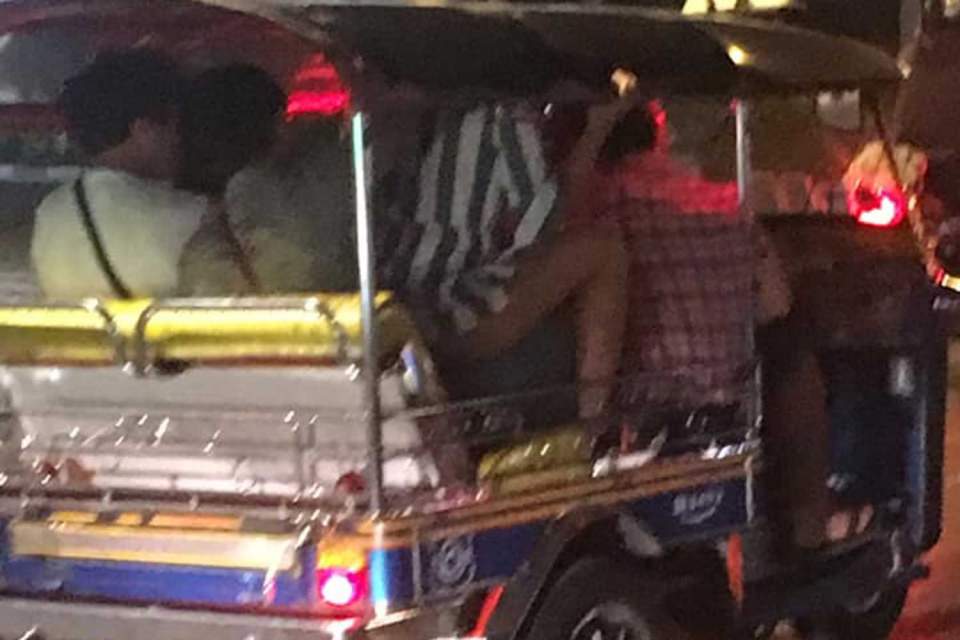 Two passengers who appeared to be having sex in a tuk-tuk were just drunk and play-acting, the driver has told the police, a day after two raunchy videos went viral online.

Puridet Kaewmuang, 19, went to Yannawa police station on Friday evening to clear the air about the incident.

The videos showed five passengers — three men and two women — riding in the tuk-tuk on a Bangkok street early on Friday. One woman was seen sitting on a man’s lap, lifting her skirt and appearing to be having sex. About 200,000 people viewed the clips, with many expressing their shock and disapproval before the videos were taken down.

Mr Puridet told police he had picked up the five Japanese tourists from the Patpong area and was taking them to a hotel in Charoen Nakhon. On the way to the hotel, he saw one woman doing something with a man but they were not having sex. However, the woman was doing a convincing job of moaning and crying out as if she were in the throes of passion, he said.

The driver insisted the passengers were just being playful and he did not take it seriously as they were all quite drunk. At one point in one of the videos, a voice can be heard saying that the woman was not wearing any underwear, but the driver said she had short pants on.

‘WE WILL NOT RETREAT,’ THANATHORN SAYS AT PROTEST, PROMISING ANOTHER NEXT MONTH 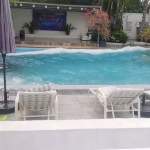