Home » Tuesdays Are So Much Worse Than Mondays

It’s a widely believed cliche that Monday is the worst day of the week, and one which invokes a certain fear when mentioned in passing.

You could be getting ready to go out on a Friday night or enjoying a pub lunch on a Saturday afternoon, but as soon as you hear the dreaded ‘Monday’ getting uttered by someone nearby, that – and only that – is all that occupies your mind.

Nothing significant even needs to be happening on that particular Monday; you could be doing the exact same things as you were on Wednesday, or Thursday, or maybe even Friday. It doesn’t matter though. Just the thought alone sends you into despair.

Why? The Monday Blues are synonymous with the horror of returning to work, the thought of setting your alarm for 7am for the first time in two days, and the dread of facing the rush hour commute.

They’re the reason you feel so unmotivated on your first day back in the office after a chilled weekend, why you struggle to string two sentences together, and why you sit at your desk wishing yourself to be anywhere – literally anywhere – else.

So it’s no wonder it’s considered the bad apple of the group, and the day which we’ve grown up believing we should unquestionably hate. Because, and there’s no two ways about it, it’s an absolute shitter of a day.

But Tuesdays are worse.

Hear me out. Sure, Mondays are God awful – I think I’ve stressed that enough already. But just answer me this: Are they really, unequivocally, without a doubt the worst part of the week?

No. And I’ll tell you why. At least on a Monday, you’re feeling refreshed from your two day break and feeling (mostly) ready for whatever the week throws at you. Even if you’re not though, you’ve at least got an excuse for when you’re perhaps not performing to the best of your ability.

Has your manager told you to buck your ideas up? If the answer’s yes and it’s a Monday, don’t worry about it. You’re clearly still in weekend mode and have plenty of time to get things back on track.

If they’ve pulled you aside for a few stern words and it’s a Tuesday though? That’s a whole different ballpark. No longer do you have the excuse that you’re still trying to work your way back into a routine.

Not only that, but on a Monday you’re eager to tell everyone about that night out you went on, or the incredible food you had at that fancy restaurant, or the episode after episode of Brooklyn Nine-Nine you watched (no, I’m not speaking from personal experience).

Then Tuesday happens and you realise you’ve got zilch to contribute to the conversation, apart from a couple of, ‘why am I heres’ and some ‘please someone save me from this hellhole’. Trust me, I know.

Also, it’s literally drilled into us that we should hate Mondays. Here, there, and everywhere we see inspirational social media posts about how to beat the Monday Blues, while complaining to our partner/family/friends that we don’t want Sunday to end.

But here’s the thing: while we’re complaining, we’re simultaneously psyching ourselves up for the day ahead. By saying how much we don’t want Monday to come round, we’re acknowledging that it’s about to and that we’ll soon be in the midst of it.

With Tuesdays, there’s none of that preparation and so we’re often left feeling disjointed and slightly let down that it’s just as bleak as the Monday which just passed – and there’s nothing that can be done about it. 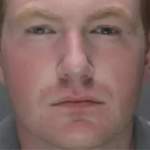 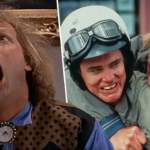 25 Years Later, Dumb And Dumber Is Still One Of The Greatest Comedies