College student Olivia (Lucy Hale) joins her friends on a trip to Mexico for their final spring break, where they meet a teenager who invites them into a drunken game of Truth or Dare. But when they head back to California, the game follows them – with deadly consequences.

Drinking games can be a horror show. Players always end up finding out something they wished they hadn’t, or wake up regretting airing their own secrets. The plucky teens of Blumhouse horror Truth or Dare have more to regret than most – their choice to drunkenly play the titular game with a stranger in a desecrated Mexican church doesn’t end well for them, or the audience for that matter.

While Jason Blum’s low-budget house of horrors has spooked up some major hits critically and commercially – including the likes of Insidious, Paranormal Activity, Split, and Get Out – Truth or Dareis likely to be a footnote in the studio’s history. With a PG-13 rating in the States, this is firmly aimed at the sleepover crowd – it’s largely bloodless, any scares are telegraphed from several miles away, and its attempts to engage with the internet and social media feel hilariously out of touch (one character clumsily Googles “Mexico truth or dare”, while another compares the demonically-possessed faces of the game-players to a Snapchat filter).

The premise of the game is full of possibilities that the script rarely acts on, instead settling for the simplest choice at every turn. The characters – a gaggle of clichés, from YouTuber Olivia (Hale) and sex-obsessed boy Ronnie (Sam Lerner) to closeted gay kid Brad (Hayden Szeto) – rarely act practically or tactically when choosing ‘truth’ or ‘dare’, even if an extra rule in the game attempts to spice things up a little. Equally thin are the attempts to wrangle more serious teen issues. A coming-out thread falls woefully short, particularly in a post-Love Simon world, while detours into sexual abuse and suicide feel wildly unearned.

Stacked up against Blumhouse’s best, it’s a major disappointment. As a ‘My First Horror Film’ exercise, it’s largely inoffensive.

The truth is, it’s not very good – and entirely without scares. But we dare you to watch it without unleashing a few unintended laughs along the way. 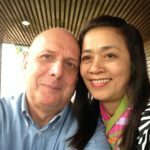