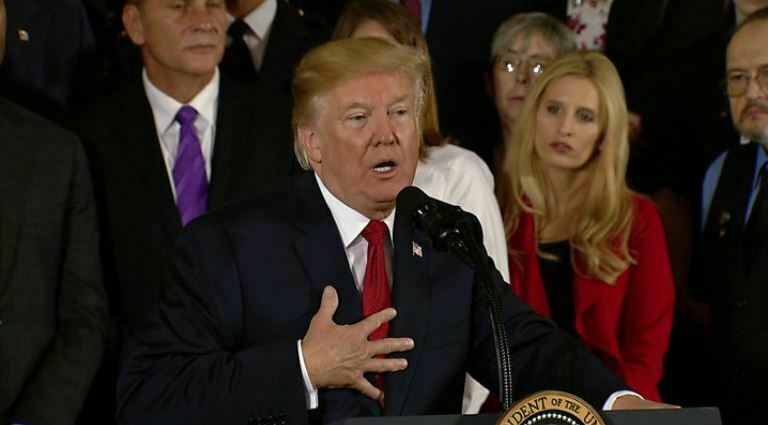 US President Donald Trump has called for drug traffickers to face the death penalty as part of his plan to combat the US painkiller-addiction epidemic.
He outlined the proposal during a speech in New Hampshire, a state badly affected by the opioid crisis.
Mr Trump said his administration was attempting to change the law to execute drug dealers, but it will face stiff political and judicial headwinds.
Opioids are a class of drugs including prescription painkillers and heroin.

What are opioids and what are the risks?
Some 2.4 million Americans are estimated to be addicted to the drugs. The crisis claimed an estimated 63,600 lives nationwide in 2016, say health officials.
Mr Trump was cheered on Monday as he told a crowd in Manchester, New Hampshire: “If we don’t get tough on the drug dealers we’re wasting our time.
“And that toughness includes the death penalty.”
Mr Trump previously suggested the “ultimate” punishment for traffickers at a rally in Pennsylvania this month.

Congress likely to just say no
Donald Trump is calling for an expansion of the federal death penalty at a time when its use is being increasingly curtailed across the US.
Congress appears unlikely to pass any new extensions of the death penalty and, if it did, the resulting cases would almost certainly be bogged down in legal battles for years, if not decades.
On the ground in states like New Hampshire, West Virginia and Kentucky – the front lines of the struggle to control opioid addiction – concern is largely directed at shutting down the supply of illegal narcotics, particularly potent fentanyl and carfentanil, shipped from overseas – and treating the lifelong struggles of millions of addicts.
Mr Trump’s get-tough rhetoric may garner applause, but in the view of local officials it’s federal dollars for prevention and treatment that save lives. RETURS 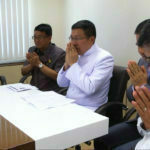 Here in the land of the stupid 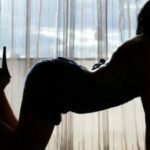