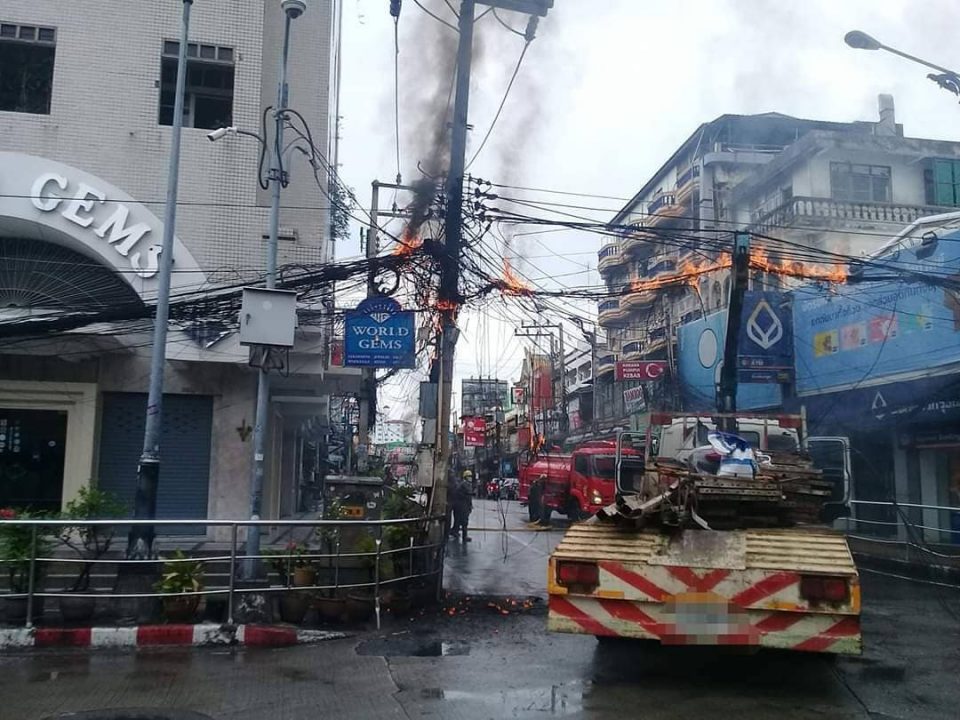 A work truck delivering construction materials that had forgot to lower its crane to a resting position hit power wires directly in front of Walking Street in South Pattaya this afternoon, causing an electrical fire around noon yesterday.

Emergency workers, firefighters and Pattaya Police cut the power to the area and spent over an hour putting out the fire and disentangling the truck from the electrical wires.

The incident caused some slight property damage in the area as well as delayed traffic on nearby Beach Road. 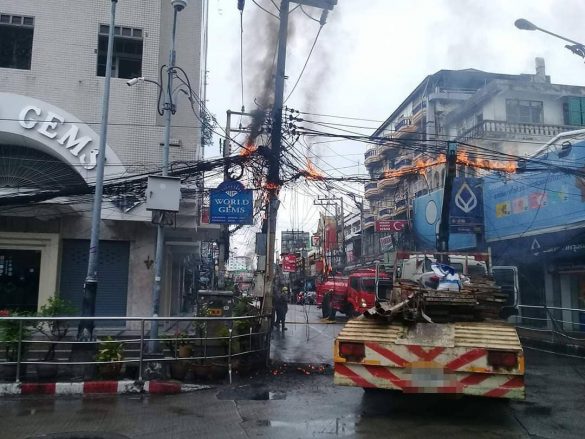 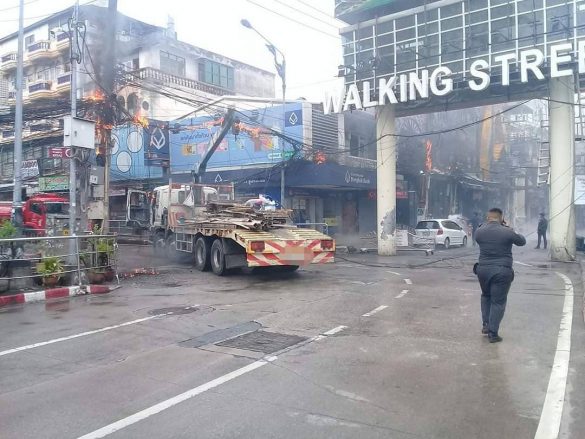 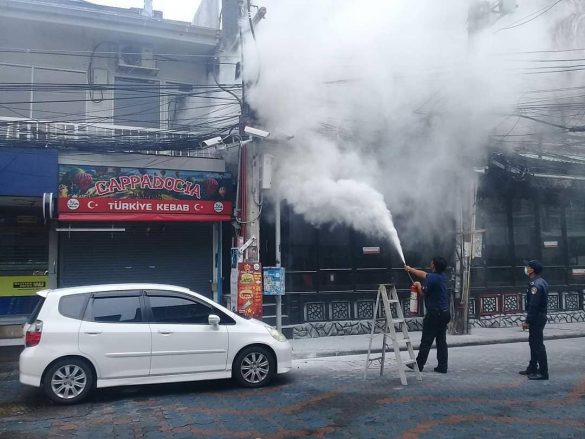 Pattaya Police did not state if they would press forward with any charges for the driver of the truck who had not secured the crane properly before hitting the power wires.

Nobody was injured in the incident. 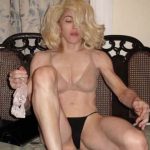 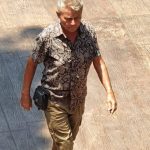