Tropical storm Vinta wiped out an entire village in the Lanao del Norte area of Zamboanga peninsula, leaving at least 133 people dead and dozens still missing on Saturday, the Online reported on Sunday.

Vinta started lashing Mindanao on Friday, triggering flash floods and mudslides that wiped out a remote village in Lanao del Norte area. Rescue workers who included police, soldiers and volunteers used shovels to dig through mud and debris in abid to recover bodies in the farming village of about 2,000 people. The Provincial Disaster Risk Reduction Management Office in Lanao del Sur said that 10 towns were severely affected by Vinta.

Police reported 19 deaths in the mountain village of Dalama near Tubod town and 26 others in surrounding towns and cities in Lanao del Norte, one of the hardest hit areas. Reports of more deaths were slowly tricking in from other parts of the island which is facing power and communications outages. Floodwaters started to ebb on Saturday but authorities said more than 12,000 people fled their homes in Lanao del Norte. Meanwhile, Malacanang called on the peope to be on the alert and to heed warnings of the authorities.  Source: Thai PBS 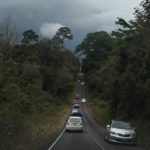