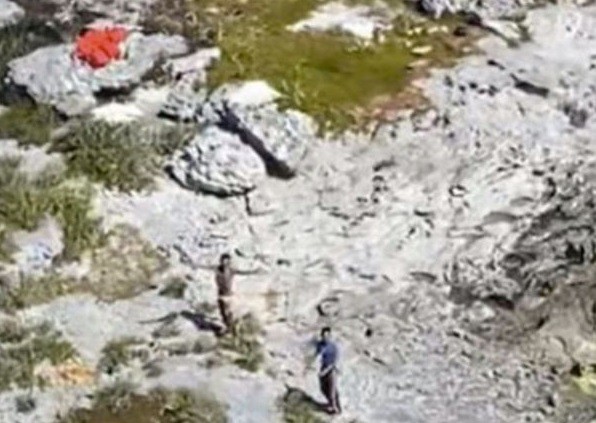 The castaways, who waved flags to get a passing helicopter’s attention, told rescuers their boat capsized in rough seas and they swam ashore to the uninhabited island between Cuba and the Florida Keys

A shipwrecked trio who got stranded on a deserted island in the Bahamas have been rescued after they managed to survive for 33 days.

The two men and a woman told their stunned rescuers they had managed to survived the epic ordeal by eating coconuts.

The castaways claimed they swam to the uninhabited island after their boat capsized in rough waters.

Dramatic footage captured the moment a chopper crew who spotted the marooned trio on a rocky outcrop dropped them life-saving supplies.

The crew said the three people had desperately waved flags as the craft flew over Anguilla Cay, an uninhabited Bahama Banks island, during a routine air patrol on Monday.

A US Coastguard helicopter crew filmed themselves parachuting the supplies from the aircraft.

It captures the moment the three castaways stranded below realised salvation had finally arrived.

The chopper crew’s footage also captured a makeshift encampment the group had built on the island.

The man and two women, who were said to all be Cuban nationals, reportedly told their rescuers they had been stranded for about five weeks on the archipelago, which is located between Cuba and the Florida Keys.

The crew that first spotted castaways had dropped water, food and a radio down to them on Monday.

A crew then returned on Tuesday to airlift them to a medical centre for assessment.

Their rescuers crew was floored by their incredible survival.

USCG Petty Officer 2nd Class Brandon Murray tikd the Sun Sentinel : “I cannot recall a time that we saved people who were stranded for over a month on an island.” 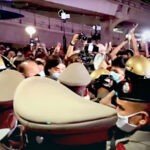 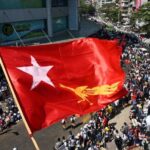