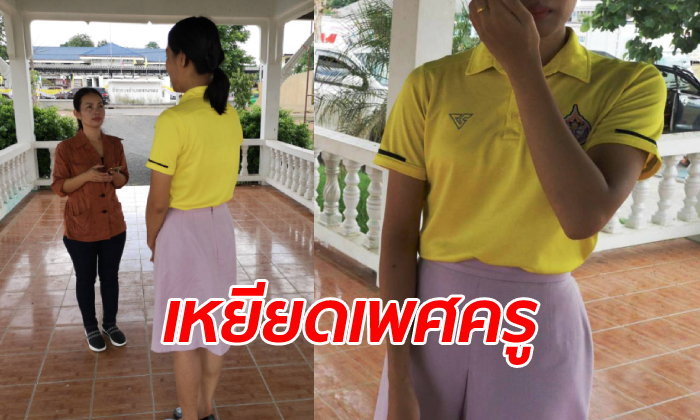 A transgender teacher has come out to the public to ask for justice after she was forced to resign from the school because she had worn a skirt to teach the children.

A human rights activist shared a story about a transgender teacher who was forced to resign from the school simply because she was different.

The teacher stated that throughout her experience at the school she had been bullied including indirectly forcing her to resign from the school by stating that she had not passed the system evaluation.

The Sanook news team contacted the activist and received information that the teacher was in Buriram Province. The teacher named Teacher Ball stated that she had been teaching at the school since October 2018.

On the first day of working she had worn pants, but the days that followed she chose to wear skirts with long hair as that is what she identifies at.

Her skirts always covered her knees and her hair was always tied up. When she registered as a teacher at the school there were no dress codes and how she dressed never affected her ability to teach.

One day she was called in by a director of the school who ordered her to dress like a man and to cut her hair short.

The teacher tried to negotiate and explain her reasoning but the director never listened to her including stating that he was just following orders.

After that day she was bullied and mocked, she was also not allowed to join any activities that the school had outside of the school gates stating that she would bring shame to the school as no one would accept her.

When the day of the evaluation came, her results showed that she didn’t pass, if she doesn’t pass the next evaluation she would lose the opportunity to be a teacher permanently.

Teacher Ball explained in tears that it is not easy getting to where she is today. She had spent years studying to be a teacher only to be told that she is not good enough because of her status as a transgender teacher.

She wishes to ask justice from the school and some kindness in considering human rights. There must be other transgender teachers that are facing the same situation, the only difference is that they are not brave enough to come out and speak as it could affect their career.

Wouldnt it be better if humans were judged by their abilities and skills rather than how they choose to dress? Teacher Ball stated in tears. 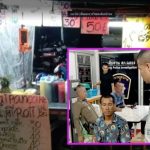 Thai STABS tourist in the neck in Phuket