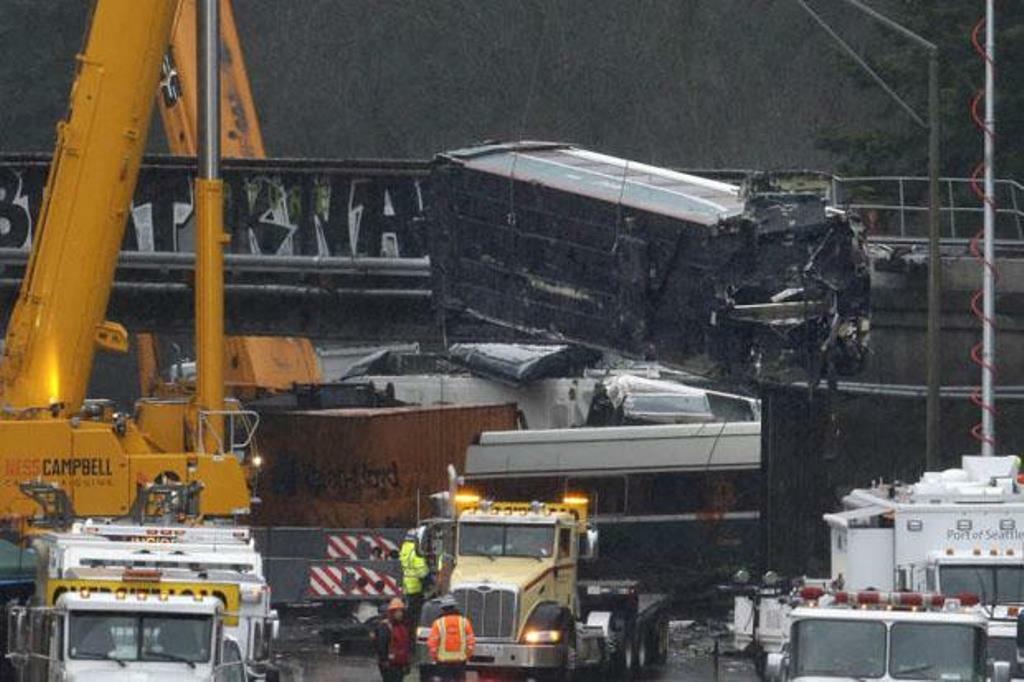 Investigators are looking into whether the Amtrak engineer whose speeding train plunged off an overpass, killing at least three people, was distracted by the presence of an employee in the locomotive, and the federal official said Tuesday.

The official, who was not authorized to discuss the matter publicly and spoke on condition of anonymity, said investigators wanted to know whether the engineer lost “situational awareness” because of the second person in the cab. Preliminary information indicated that the emergency brake on the Amtrak train that derailed in Washington state was not officially operated by the engineer, National Transportation Safety Board member Bella Dinh-Zarr said. The train was hurtling at 129 kph in a 48 kph zone Monday morning when it rails off the rails along the south of Seattle, sending some of its cars plummeting onto an interstate highway below, Dinh-Zarr said, citing data from the locomotive’s event. recorder. Skid marks _ so-called “witness marks” _ from the train’s wheels show where it left the track, she added.

Dinh-Zarr said it is not yet known what caused the train to derail and that it was too early in the investigation to conclude why it was going so fast. Investigators will talk to the engineer and other crew members and review the event data record from the lead locomotive as well as an identical device from the rear engine, which has already been studied. Investigators are also trying to get images from two on-board cameras that were damaged in the crash, she said.

There were two people in the cab of the train at the time of the crash, the engineer and an in-training conductor who familiarising himself with the route, Dinh-Zarr said. A second conductor was in the passenger cabin at the time of the crash, which is also part of the job responsibility, she said. In previous wrecks, investigators looked at whether the engineer was distracted or incapacitated. It is standard procedure in a crash investigation to test the engineer for alcohol or drugs and check to determine whether he or she was using a cellphone, something that is prohibited while the train is running.

The engineer, whose name was not released, was bleeding from the head after the crash and his eyes were swollen shut, according to radio transmissions from a crew member. The transmissions mentioned a second person in the front of the train who was also hurt. The train, with 85 passengers and crew members, was making the inaugural run along a fast new bypass route that was created by refurbishing freight tracks alongside Interstate 5. The 15-mile, US$180.7 million project was aimed at speeding up service by bypassing a route with a number of curves, single-track tunnels and freight traffic.

Investigators were also looking into what training was required of the engineer and other crew members to operate on the new route, said Ted Turpin, the lead NTSB investigator of the crash. That includes assessing the training process and how much time the workers were required to spend on the trains before they shuttled passengers, he said. At least some of the crew had been doing runs on the route for two weeks prior to the crash, including a Friday ride-along for local dignitaries, Dinh-Zarr added. The bypass underwent testing by Sound Transit and Amtrak beginning in January and at least until July, according to documents on the Washington Department of Transportation website.

Positive train control _ technology that can automatically slow or stop a speeding train _ was not in use on that stretch of track. Track sensors and other PTC components have been installed, but the system is not expected to be completed until the spring, transit officials said. Regulators have been pressing railroads for years to install such technology, and some have done so, but the deadline has been extended repeatedly at the industry’s request and is now set for the end of 2018. Dinh-Zarr said it was too early in the investigation to say whether positive train control would have prevented Monday’s tragedy. The 7.34 am accident left mangled train cars up on top of each other, with one hanging precariously over the freeway. The screech and clang of metal were followed by silence, then screams, as the injured cried out to rescuers and motorists pulled over and rushed to help.

In addition to those killed, more than 70 people were injured, 10 of them seriously. Two of the dead were identified as train buffs and members of the rail advocacy group All Aboard Washington and were excited to be on board for the inaugural run: Jim Hamre, a retired civil engineer with the state Transportation Department, and Zack Willhoite, a customer service employee at a local transit agency. “It’s pretty devastating. We’re having a tough time,” said All Aboard Washington executive director Lloyd Flem.

In 2015, an Amtrak train travelling at twice the 80 kph speed limit derailed along a sharp curve in Philadelphia, killing eight people. Investigators concluded the engineer was distracted by reports over the radio of another train getting hit by a rock. In September, a judge threw out charges of involuntary manslaughter and reckless endangerment against the engineer, saying the crash did not appear to rise to a crime. Prosecutors are trying to get the case reinstated. Amtrak agreed to pay $265 million to settle claims filed by the victims and their families. It has also installed positive train control on all its track between Boston and Washington.  Source: Bangkok Post 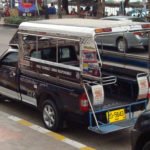