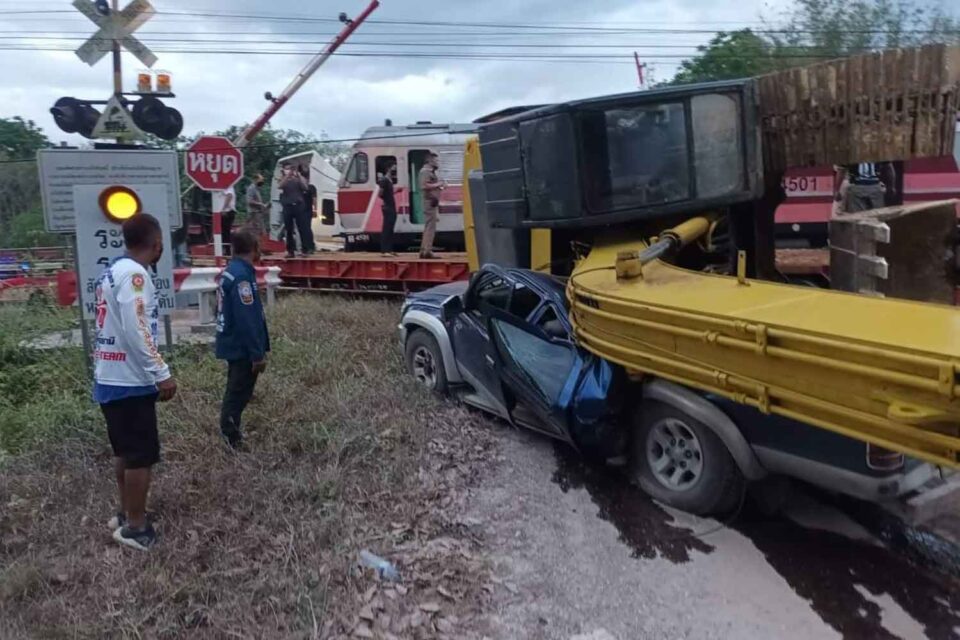 A backhoe fell from a trailer onto a following pickup when a 22-wheel truck was hit by a train at a railway crossing in Wiang Sa district on Sunday evening, but there were no casualties, police said.

The accident occurred about 6.10pm at the crossing in front of Phru Krachaeng village in tambon Ban Song, about 10 minutes after express train No 86 (Nakhon Si Thammarat – Bangkok) went past Phru Krachaeng railway station.

The train rammed into the middle of the trailer truck, which was carrying a backhoe on the back.

The violent impact sent the backhoe off the trailer and onto a four-door Toyota pickup immediately behind the truck. It sustained heavy damage but nobody inside was hurt. The train locomotive was slightly damaged.

Police said the safety bar at the railway crossing was found to have been lowered and the red light signal still on. 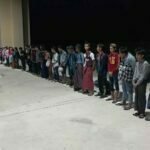