The real winner of Mike Tyson vs… 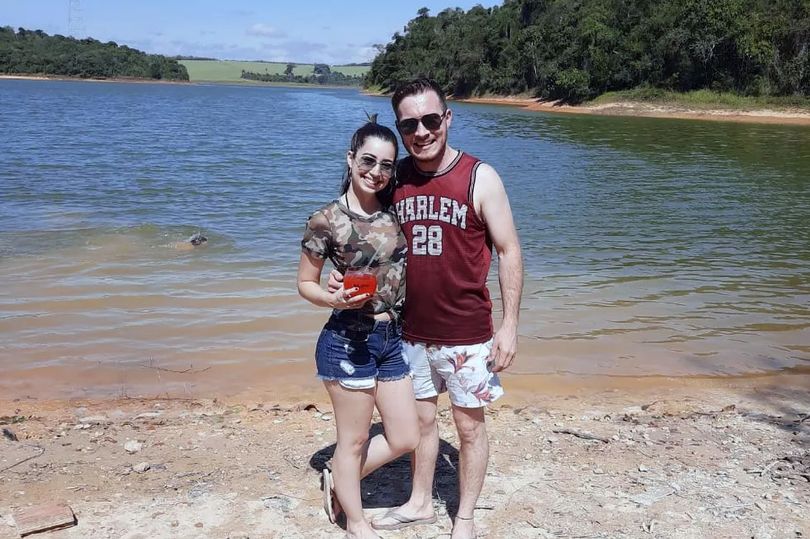 Moments after the photo was taken, Joao Guilherme Torres Fadini dived into the waters for a race with friends, before getting into difficulty and vanishing under the water at the Itupararanga Dam, Brazil

A couple celebrating their engagement posed for a photo, just five minutes before the groom-to-be drowned in a tragic swimming race with friends.

Brazilian businessman Joao Guilherme Torres Fadini, 24, and his fiancée Larissa Campos, 25, were celebrating their engagement with friends at the Itupararanga Dam, in the Sorocaba region of the Brazilian state of Sao Paulo.

Moments after the photo was taken, Joao dived in for a race with friends, before getting into difficulty and disappearing under the water.

Joao, who was described as a good swimmer, kissed Larissa’s forehead just moments before he drowned on 31st August.

She told G1 news: “After the kiss, he took off his shirt and went into the water together with our friends.

“He asked me to wait for him and said he loved me.

“They started a swimming race to the next shore. Almost everyone gave up and there was only him and my brother-in-law Gabriel left.”

But as the pair continued racing, Torres suddenly vanished under the water.

The group frantically searched for him before emergency services arrived with divers and boats.

Campos said: “While the firemen were on their way we searched everywhere, but without success.

“Almost an hour and a half after the firemen arrived, the divers found his body.”

Torres Fadini had told Campos that he had already set a May date for the wedding as he said he couldn’t wait to start a family with her.

The couple were due to celebrate their second year together on 8th September.

She said: “All I think and dream about is him. Now all I have left are memories of everything we lived and dreamed of experiencing together.

“We have always been very intensely in love. We loved life together.”

“We are all numb and disturbed, but we have the firm hope that he will be our strength and take care of us.” 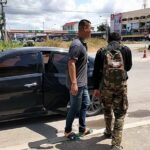 Man in camouflage stands in front of Marine Corps for days 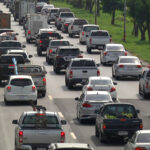