KHAOSAN ROAD: A foreigner was killed by a bus Thursday morning on Phra Sumen Road in Bangkok’s old quarter.

Police were alerted just after 9am that an air-conditioned bus No. 516 had run over a Caucasian man near the Bang Lamphu intersection. The man’s identity and nationality were not yet available.

A witness said the man had been walking back and forth across the road many times this morning before he laid down on the road just as the bus was coming, according to Capt. Rattakarn Thongthai of Chana Songkram police.

Police found both Thai baht and euros in his possession.

Investigating officers were questioning the driver and witnesses. 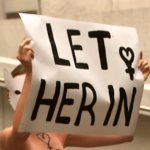