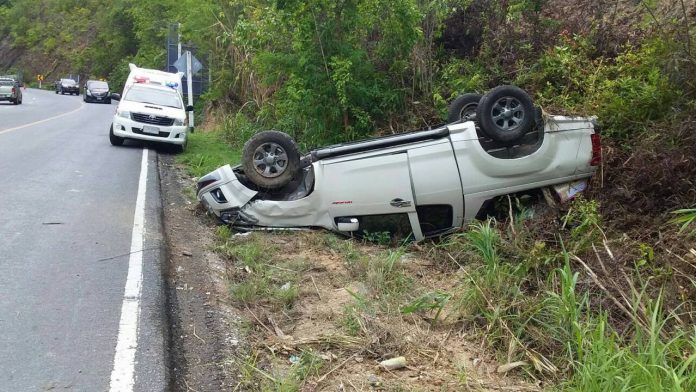 A Chiang Mai man has died after he was hit by a pickup truck while riding his motorcycle in Phrae yesterday, June 26.

The accident happened on Denchai-Lampang Road between the 417 and 418-kilometer markers in Bor Lek, Long District at around 4 p.m.

According to Thai language media, a pickup truck drove by Mr. Komkrit Prangrit, 29 from Nan lost control, slamming into the motorcycle being ridden by Mr. Kiattisak Nara Supalak, also 29 from Ban Chan, Kalayananiwattana District in the opposite direction.

The accident happened during heavy rain with the road being slippery being attributed as the cause. 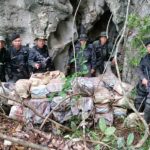 Sacks of yaba and ice found