Home » Towers to be demolished with explosives

Demolition experts are set to blow up what remains of the Morandi bridge in the Italian city of Genoa nearly a year after the structure collapsed.

Thousands of people are being evacuated ahead of explosions to bring down two large towers consisting of about 4,500 tonnes of concrete and steel.

Water tanks have been placed around the towers to prevent the spread of dust.

Forty-three people were killed when part of the bridge, and cars traveling along  it, fell 45m (148ft) last August.

It prompted a fierce debate about the safety of Italy’s infrastructure.

The Morandi bridge was a critical structure in Genoa, serving the busy A10 motorway network that serves the Italian Riviera and links northern Italy to France. bbc 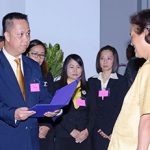