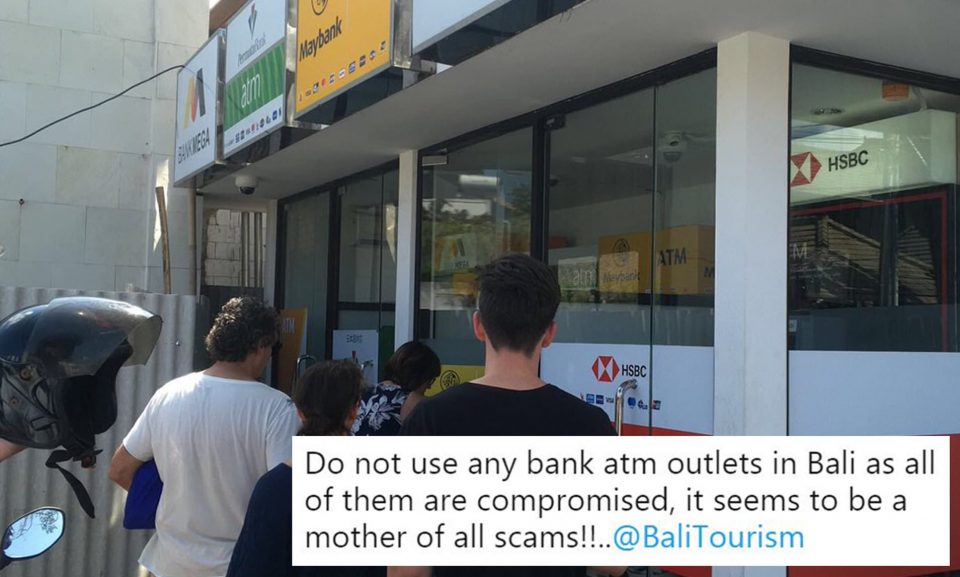 ‘Beware all!’ Tourists are being scammed in Bali after losing their cards in ATMs and being charged THOUSANDS of dollars.

Travelers to Bali have been warned about an ATM card scam which has seen tourists lose thousands of dollars.

Victims of the scam say their accounts were emptied after trying to use their cards at ATMs inside mini-marts.

Professor Allan Manning, founder and executive chairman of insurance company LMI Group, warned on Tuesday that those traveling to Bali should only use ATMs inside banks.

Mr. Manning said on his blog that some machines at mini-marts will swallow credit cards.

He explained that after reporting the error to the shop owner, the owner will suggest putting in a pin number to retrieve the card.

‘You can imagine what happens, as soon as you enter your pin, all the money in the account, or your daily limit at least, is charged and you do not get your card back, or any money,’ Mr. Manning wrote.

He said that those visiting Bali should only ever use ATM machines that are inside banks and not convenience stores.

Mr. Manning said that if someone’s card is swallowed, they should not put in the pin number and cancel the card immediately.

‘If you have entered your pin number, the bank WILL NOT refund the money and you will be out of pocket,’ Mr. Manning said.

Many have fallen victim to Bali’s illegal ATM machines with some warning others online.

‘Do not use any bank atm outlets in Bali as all of them are compromised, it seems to be a mother of all scams!’ one person said on Twitter.

‘Watch out for atm in Canggu, we got the card back but no money. Even though the money was missing on our account,’ another wrote.

Tourists have also been warned to watch out for ‘skimming’ after multiple cases were reported in Bali.

Skimming involves placing a card reader inside what looks like a normal card machine. The reader then saves the card number and pin.

Five men from Bulgaria were arrested in February this year for skimming cards and were found with 78million Indonesian rupiah, an equivalent to more than $7000 Australian.

Police launched a surveillance program that lasted for five days before CCTV footage captured the skimmers in the act. 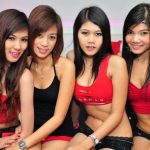 2 dead after terror bombing and shooting in Thailand