Home » Tourist uses quick hands to get away with 60,000 gold necklace

Tourist uses quick hands to get away with 60,000 gold necklace

Sleight of hand is a term often associated with magic, but this tourist thought using his skills to steal a 60,000 gold necklace was a more profitable idea.

Unfortunately for him, CCTV cameras have caught him in the act and police are now hunting him down, as well as his female accomplice, for prosecuting.

The man believed to be of either Indian or Arab origin went to the Bangkok Gold Lotus shop in Pattaya with an unidentified woman and asked the attendant to see some necklaces.

The crafty man proceeded to pick up two necklaces to have a look at, but while the sales attendant was distracted he only returned one, reporters were told.

The man hung around a bit more, not wanting to draw any suspicions towards him or his friend.

Looking for an excuse to leave the shop without buying anything, he then decided to ask the attendant what the commission rate was to pay by card and after being informed it was 3% he told the attendant he would go to an ATM to get cash.

The sales attendant then became suspicious when the couple quickly departed and after checking her stock she realised a necklace was missing. 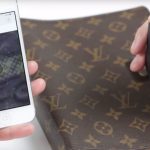