Tourist police show the love by giving away homemade brownies

On February 14th, Valentine’s day of course, the Pattaya Tourist police that are stationed opposite Soi 13/1 every night showed a bit of love by giving away some homemade brownies to both tourists and locals in the area.

The night started off fairly quietly, but word soon got around and a bit of a queue started forming around the tourist police desks. Fortunately though, it was not a queue of people waiting to report incidents of crime, but it was for the brownies which by all accounts, tasted pretty good. Unfortunately by the time I got down to beach road, there were none left for me to try, so I can’t comment on the taste.

Speaking to a female police officer on duty at the time, she told me that she had come up with the idea to give something back to the Pattaya community. Over 1,000 pieces of brownie in total were given away, and there were happy faces all around.

The police on duty were more than happy to have their pictures taken with many of the tourists and locals too, as you can see below. 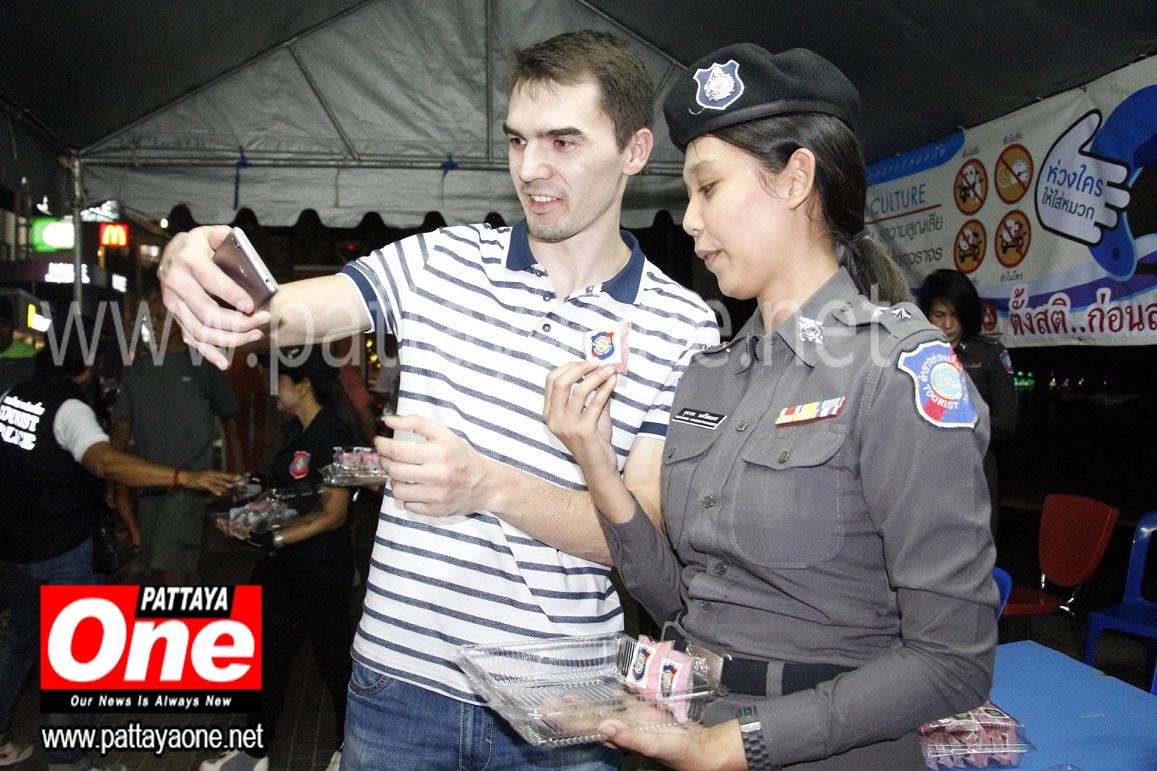