Home » Tour bus crash at the ‘Curve of a HUNDRED CORPSES’

Tour bus crash at the ‘Curve of a HUNDRED CORPSES’

Fourteen people were hurt, three seriously, when a bus carrying Chinese tourists overturned at a dangerous spot that local people call “the curve of a hundred corpses” in Doi Saket district on Saturday afternoon.

The Hana Tour bus with Chiang Mai license plates was found overturned by the roadside.

Many passengers were seen trying to escape from the overturned vehicle, Thai media reported.

Rescue workers rushed to help them. A total of 14 people, including Chinese tourists, the driver and a bus staffer, were hurt.

Three were badly injured. All were taken to Doi Saket Hospital.

A police investigation found that the bus, driven by Thanong Tippor, 45, was taking 12 Chinese tourists, from Chiang Mai to Chiang Rai.

It failed to negotiate the sharp curve, causing it to strike a concrete kilometer marker before it overturned.

Local residents said road accidents occurred frequently in the area, which explained the grisly name given to the location. 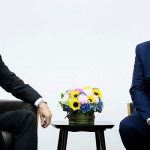 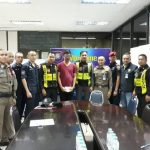 Thais must not be RIPPING OFF tourists, say police