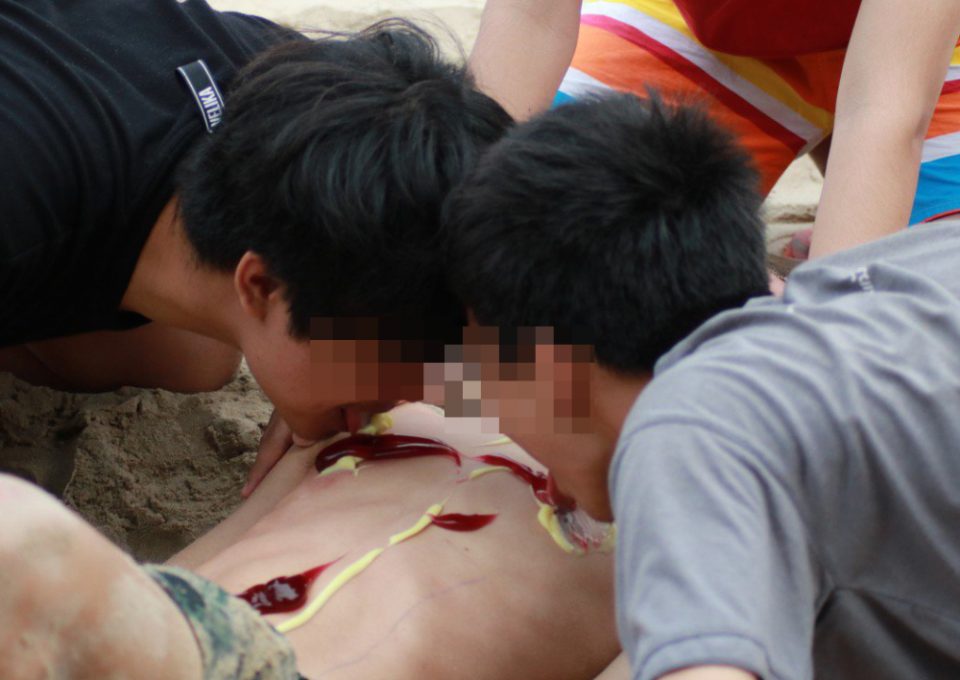 Kollawach Doklumjiak was on his way back from school in Bangkok when several teenagers wielding knives set upon him. They spotted him on the street and sprang into action.

Kollawach was studying at a technical school, and for these youths from another school the mere sight of him was reason enough for an unprovoked attack.

“They wanted to stab me,” recalls Kollawach, a soft-spoken, hulking young man in his twenties with frizzy hair, who is now studying political science at a university in the Thai capital. “They could have killed me.”

He escaped by jumping into one of the fetid canals that criss-cross the city. Reeking of putrid water, he sought refuge inside a Buddhist temple.

Monasteries, he says, are among the few places recognised as out of bounds by warring gangs of vocational school students, whose skirmishes often take place in broad daylight on Bangkok’s streets.

They routinely use knives, machetes, handguns and home-made grenades.

“Not even police stations are safe. There have been fights inside holding cells,” Kollawach says. “Officers may look the other way if they’re badly outnumbered.”

Usually groups of students gang up on their rivals in hit-and-run attacks, hoping to seize trophies from their victims, such as badges and belt buckles with a school’s insignia.

Ambushes are also common. Peng, a former vocational school student who asked to remain anonymous, says he once shot a student from a rival institution in Thonburi, a residential area in western Bangkok. Students at local technical schools are notorious for their turf wars.

Peng, now in his 20s, recognised the student on the street while waiting at a bus stop. He reached for the small handgun he carried and fired off three shots without warning. “I hit him in his left side and ran away,” he recalls with obvious pride.

“He’d have done the same to me,” he adds. “It’s like Alien vs. Predator. They hunt us; we hunt them.” Scenarios like this are all too familiar to Kollawach.

One evening after class he was standing around with some classmates when two youths pulled up on a motorcycle.

One of them took aim with a shotgun and pulled the trigger. Kollawach was grazed by a pellet under an armpit. One of his friends was less lucky: shot in the head, he suffered a brain injury.

Kollawach, who grew up in an inner-city slum plagued by violence and substance abuse, became part of school gang culture “for self-protection”, he says. He didn’t shy away from fights, if need be.

He got into trouble with the law over illegal possession of weapons and other alleged offences. He switched schools several times out of fear for his safety. He’s still loath to go near one of his former schools, which expelled him for carrying a knife.

Firearms are also within reach, Kollawach says. “It’s easy to get hold of guns in some schools,” he explains. “I can make one in no time.”

Single-shot “pen guns” can be made with machine tools from small-gauge steel pipes in a technical school’s workshop. Often disguised as pens, they can be deadly at close range. Modified BB guns, revolvers and Glock pistols are also widely used by warring students.

“Many of these youngsters are impressionable and come from disadvantaged backgrounds,” says Rattapoom Kotchapong, a former schoolteacher who works as a private tutor. “Joining a school gang gives them a sense of purpose and belonging.”

Sporadic gun violence among students mirrors widespread gun violence in Thai society at large. Many trigger-happy locals are ready to shoot at the slightest provocation in a country where illegal firearms proliferate and the gun-related murder rate is among the highest in Asia.

Armed and dangerous, certain school gangs are practically mini militias. They even have secret armouries stashed with weapons collected over the years, insiders say. “Vocational school students have been fighting for 50 years,” Kollawach says. “It’s a big problem.”

It isn’t the only problem. Hazing has been going on for at least as long and isn’t limited to vocational schools. Few Thai high schools, colleges or universities are unaffected by the practice.

Much of it is harmless tomfoolery, but some common initiation rites can be humiliating and outright sadistic.

“The idea is to teach discipline, but the means are often very abusive,” explains Keerati Panmanee, 29, who helped launch a social media campaign against the tradition nearly a decade ago as a college student. “Sotus empowers upperclassmen to act like bullies.”

His small volunteer group’s Facebook page has close to 200,000 followers. “Half of those are our detractors,” he notes wryly. “They call us snitches and traitors for speaking out.”

Their anti-Sotus page receives new testimonials almost daily from students about being hazed.

Cries for help often fall on deaf ears within an educational system that values conformity and deference over individuality and independence.

“Teachers often turn a blind eye and many students who do the hazing think they’re doing a good thing by teaching juniors respect and humility. I used to think so, too,” Keerati explains. “We live in a society that obsesses over hierarchy and seniority,” he adds.

Welcoming activities often degenerate into creative abuse. New students are commonly ordered by seniors to belt out a school’s anthem for hours on end each day after classes for a whole semester.

“I hated it, but I thought I had no choice,” says a young woman who endured this ordeal after enrolling at a university to study chemistry. “When a girl collapsed from exhaustion, the seniors pointed at her and told us: ‘See how hard she’s trying! Try harder like her.’”

Freshmen may also find themselves in improvised boot camps, usually off campus, under the pretext of going camping.

They’re subjected to grueling physical activities, often until they can bear it no longer. “We don’t need weaklings in our school. If you can’t take it, drop out,” they are warned.

Degrading and sexually explicit tasks may also be assigned. Female students may be ordered to kiss wooden phalluses that serve as good luck charms in Thailand.

Male students may have hot wax dripped onto their exposed genitals, potentially leaving them with permanent scars.

Students can opt out of such activities, but if they do they’re routinely belittled and ostracised.

“Sotus is supposed to unite us, but it can do the opposite,” says Peerada Nuruk, 21, a third-year student of cultural management at a university in Chonburi province, on Thailand’s east coast.

“After I refused to join in some activities as a freshman, my classmates wouldn’t speak to me. Some still don’t,” she adds.

Ironically, many victims of hazing fully embrace the Sotus tradition. “It’s like a mass-scale Stockholm syndrome,”

Rattapoom notes. “Students perpetuate this system by turning on those who oppose it.”

At times the ordeals forced on freshmen result in serious injuries and even death. In July a 15-year-old boy at a high school near Bangkok died after being kicked repeatedly by some upperclassmen during a hazing.

A few days later a 16-year-old student died of similar causes at another provincial school.

Incidents like these make the headlines, yet most cases of physical and psychological abuse go unreported, antihazing activists say.

“Despite efforts to rein it in, hazing is as bad as ever,” says Panuwat Songsawatchai, a rights activist and liberal politician.

“A lot of it is now done in secret,” he adds. “These days you won’t see freshmen wearing strange costumes in public, but they’re humiliated in other ways.”

Eradicating the practise will be a Sisyphean task, Panuwat says. “Sotus has very deep roots. From early childhood we’re taught to obey our parents, our teachers and our seniors,” he adds.

“We aren’t supposed to question anything and think for ourselves. So many students keep their heads down, do what they’re told, and say nothing.”

But some, like Kollawach, are speaking out. He completed several punishing initiation rites at the vocational schools he attended, earning various keepsakes from seniors, including talismans, key chains and rings. He still has them.

“I think no one should go through this kind of nonsense in school,” he says. “I want this tradition to end. No more.” 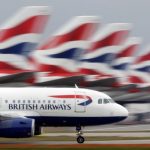