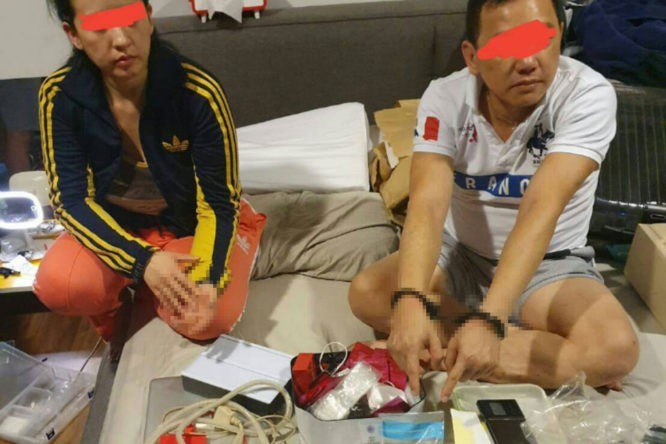 The former singer was arrested with her husband Cholawit Keetatrakul, 49, at The Terrace housing estate on Soi Ram Intra 65 in Bang Khen district.

The arrests followed that of a Taiwanese man, Hung Cheng Yi, 28, with 5.17kg of ketamine hidden in 39 boxed ashtrays at the Gold Airport Suites Hotel in Lat Krabang district near Suvarnabhumi airport.

In the house, police and narcotic suppression officials found four grammes of ketamine, 98.3 grammes of crystal meth, eight-speed pills, 10 ecstasy pills and 40g of marijuana, along with chemicals and equipment believed to have been used to produce narcotics.

The narcotics were about to be smuggled out of the country, police said. The suspect told police he received the drug from Pooky and her husband.

Suriya Singhakamol, deputy secretary-general of the Office of the Narcotics Control Board (ONCB), said yesterday that the couple supplied the drug to the Taiwanese man for onward shipment to Taiwan via a private courier.

He said the Taiwanese suspect was a major drug dealer. Pol Maj Suriya said the police were expanding their investigation to find other people who worked for the ring.

Pooky and her husband were nabbed after they were implicated by Mr Yi who said he received the ketamine from the couple.

Pol Maj Suriya said the couple allegedly had procured the drugs which they also helped produce and supplied them to the Taiwanese man.

The soda may be boiled with alcohol as part of a formula to crystalise the drugs, which makes it easy to traffic. Pol Maj Suriya said Pooky has admitted to colluding with her husband to supply the drugs.
Pooky said she purchased each kilogramme of ketamine for 350,000-370,000 baht and sold it for 550,000 baht, according to police.

They also denied producing the drugs themselves but said they had procured them from a drug trader in the Chokechai Si area of Bangkok.

Pol Lt Gen Chinnapat Sarasin, commissioner of the Narcotics Suppression Bureau, said Cholawit had been imprisoned on drug charges and was released in 2006. 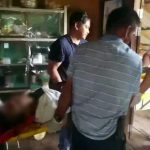