The rock star behind a charity run that raised over a billion baht for hospitals in 2017 will return for a new fundraising campaign in the northeast, organizers said Monday.

Artiwara “Toon Bodyslam” Kongmalai, whose 2,000 kilometers run captured the nation and will lead a smaller trek through the Isaan region on June 16-17.

The run is expected to cover 176 kilometers, passing through Nong Khai, Udon Thani and Khon Kaen provinces, according to Facebook page Esan Running.

For 200 baht, members of the public can register to tag along with Toon on the last leg of his journey in Khon Kaen province on June 16, the organizers said.

The 38-year-old frontman of rock band Bodyslam made history in 2017 when he spent 55 days running from the south to Thailand’s northernmost district in a much-publicized charity campaign to raise funds for 11 public hospitals.

several times, but he completed the trail on Christmas Day. He ended up raising 1.3 billion baht in donations. 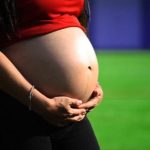