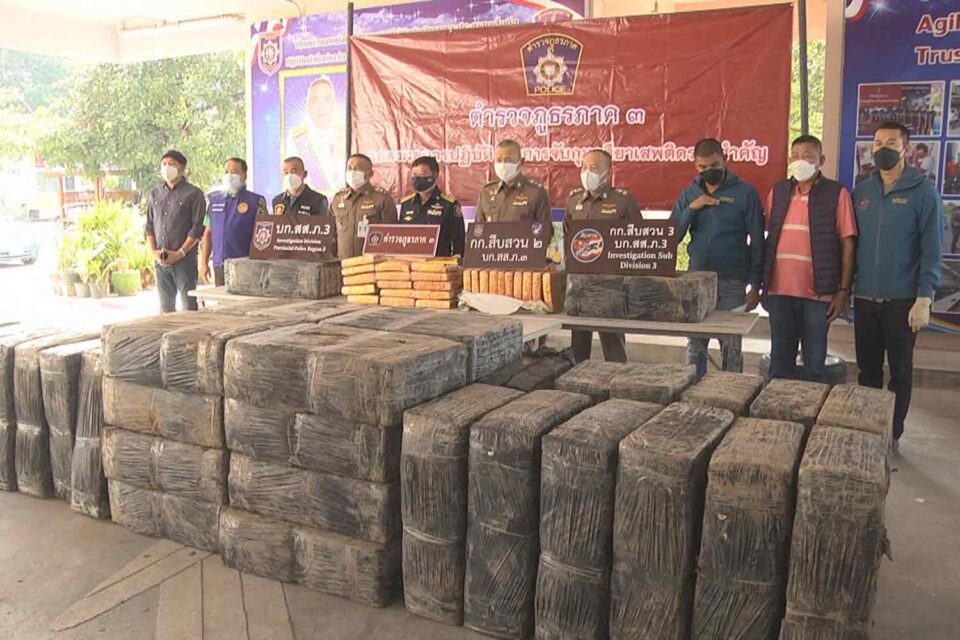 The arrests followed a tip-off that a large quantity of compressed marijuana would be moved  from Khon Kaen to Nakhon Ratchasima along the Mitrapap highway.

Police teams were deployed along the route to intercept it.

The first vehicle, bearing the sticker of a Thai media association, was the vanguard, a travelling lookout.

The two other vans were loaded with packages of dried marijuana, 1,824kg in total, with a street value of about 110 million baht, Pol Lt Gen Somprasong said.

They allegedly confessed to being paid 50,000 baht to transport the marijuana from a border province in the Northeast to Bangkok. From Bangkok, the drug would be delivered to the South.

The four were charged with having drugs in their possession with intent to sell.