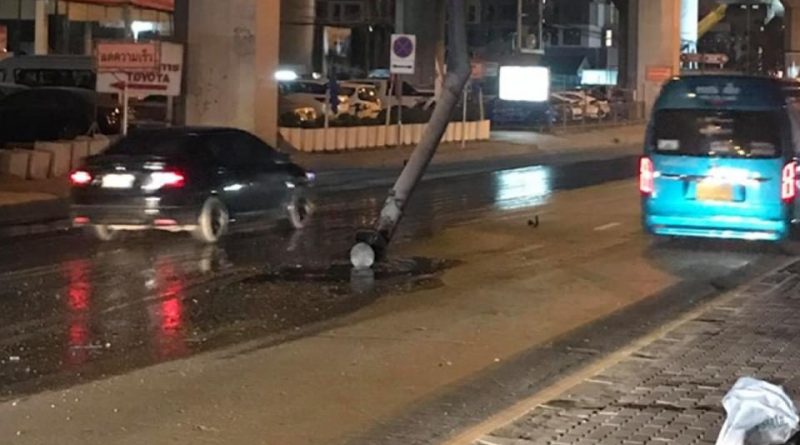 A tollway water pipe used to drain water from the tollway fell down onto the road below. The motorbike driver who almost lost his life to the accident posted his experience on Facebook yesterday (28 August 2019).

The tollway was at Rama 9 road where a water pipe attached under the tollway had fallen. The water pipe has been cleared out by the city authorities.

A man was in great danger while he was driving his motorbike as usual down Rama 9 road when the large metal water pipe dropped down right in front of him on the road.

Luckily, the man was aware of his surroundings and changed the lanes right away. If he was driving any faster, it is a nightmare just to think about the possibilities of being hit by a metal pipe this size.

It is estimated that the cause is trapped mud inside the pipe. The mud must have been extremely heavy and caused the pipe to come apart from the tollway. 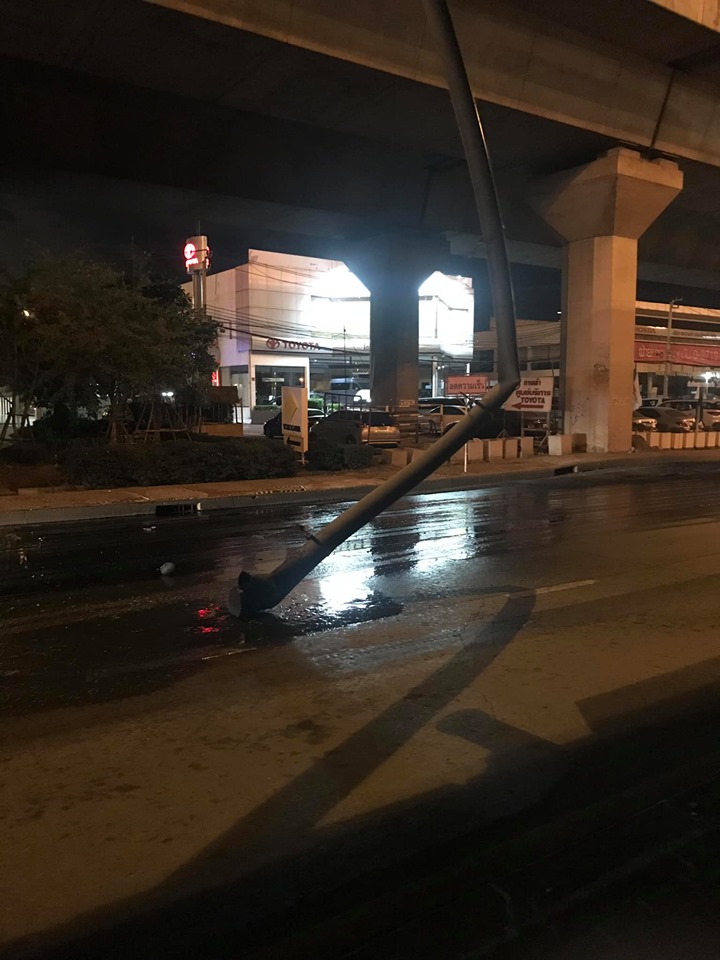 A Facebook user named Chaimongkol Khantura stated in his post “Who would have thought. Even in my dream, I’m still shaking. I saw Buddha and my parents’ faces flash before my eyes. After I parked my bike I stood on the road shaking, wondering how I survived. I don’t even want to think about it.

I almost died, if I didn’t die then …. I was just driving my motorbike as usual. The water pipe from the Rama 9 tollway suddenly dropped onto the road below right before Soi Rong Poon on the right.

It dropped right in front of me and if I was driving any faster then I’d be done. I made such a sudden turn that saved my life, my heart was at my feet. Thank you to all higher power that saved me today. I’m haunted #fallenwaterpipe #rama9tollway #drivecarefully” 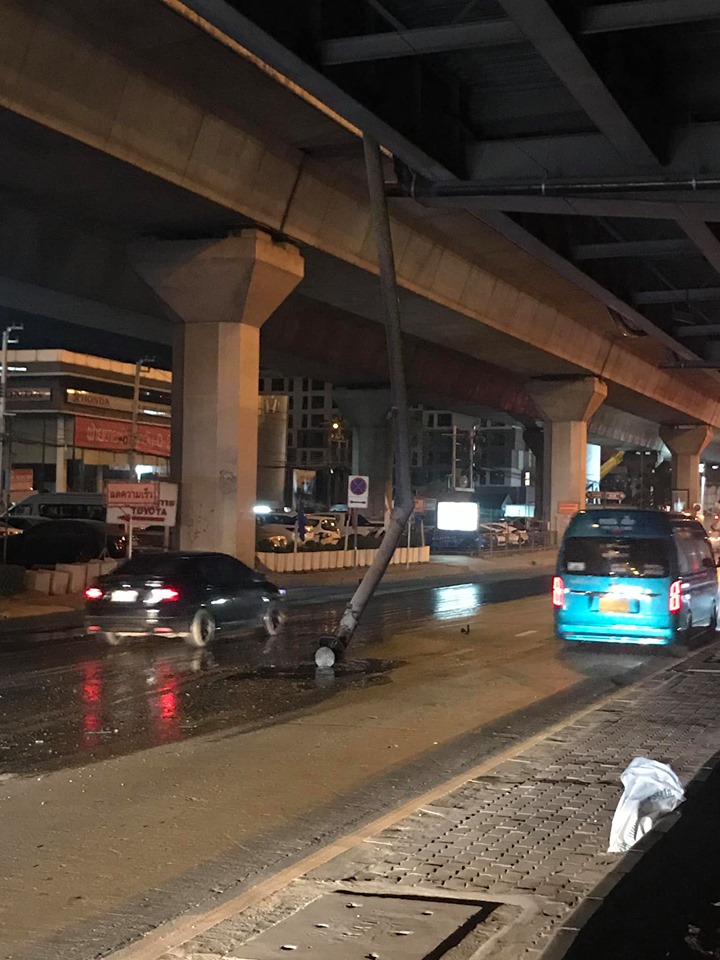 The city authorities have cleaned up the fallen pipe and they will be checking other water pipes in the area to make sure that such an incident does not happen again. 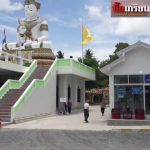 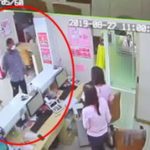