K-pop star Lisa from Blackpink posted photos on Instagram of a photoshoot at the MQQN Cafe in Bangkok
The cafe owner later went on Facebook to offer her used cutlery, chair and even a toilet seat for sale

A Thai cafe that tried to sell a chair and cutlery used by Blackpink star Lisa at a photoshoot has been closed after hordes of angry fans ripped it to shreds online.

In a public Facebook post that has since been deleted, the owner of MQQN Cafe in Bangkok tried to sell napkins, a cup, spoon, and even a toilet seat used by the widely successful Thai Blackpink member born Lisa Manoban.

Last Thursday, Lisa, 22, posted pictures from her photoshoot at MQQN Cafe Bangkok on her Instagram page. Soon afterward, the cafe owner posted on Facebook that he had been offered as much as 100,000 Thai baht (US$3,300) for the seat she had used.

The owner wrote: “I am not satisfied with this price yet. We also have the glass and the spoon she used too.”

Social media users soon condemned the cafe owner and expressed their disgust. A Twitter user, @BPinAmerica, wrote that the singer “does not deserve the disrespect and violation” and that the owner had “crossed the line in a disgusting way”.

Lisa does not deserve the disrespect and violation of what this owner has done. You have crossed the line in a disgusting way. Instead of being proud and humble that Lisa went to your cafe; you offer a bidding. Do something about this @ygent_official #มูนคาเฟ่ชั้นต่ํา pic.twitter.com/eWNAXkDkzI

While YG Entertainment, which manages Blackpink, has not commented on the matter, the cafe owner has since posted an apology online.

“I apologise for my bad posts. Sorry to Lisa and everyone involved. I accept all criticism. We all love Lisa. I’m sorry for what happened.”

The owner’s Facebook page has since been hidden, but his apology has done little to quell the anger of Blackpink fans.

The doors of MQQN Cafe have been shuttered since Sunday, with fans promising to boycott the establishment.

Formed in 2016, Blackpink are now one of the most successful K-pop girl groups and were named in Time magazine’s list of the 100 most influential people in 2019.

They were also the first female K-pop group invited to perform at the Coachella music festival in 2019. 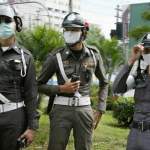