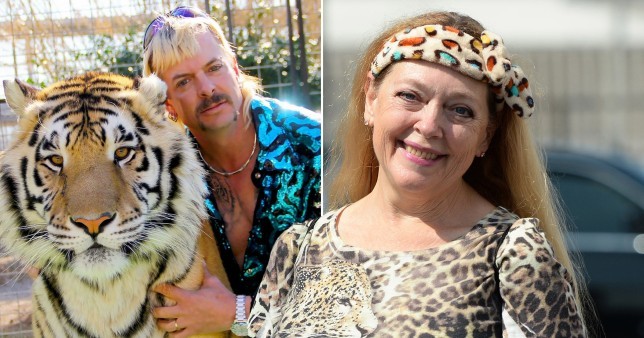 Tiger King season 2 will be coming to screens sooner than you think as Netflix has confirmed the next instalment of the weird and wonderful documentary.

Many viewers undoubtedly assumed the Tiger King chapter was closed as season 1 ended with Joe Exotic’s arrest and imprisonment for trying to hire someone to kill animal rights activist – and his longtime rival – Carole Baskin.

Well, Netflix has delivered an early Christmas present as they’ve announced season 2 will drop before the end of 2021.

‘Tiger King is coming back this year — and Season 2 promises just as much mayhem and madness as Season 1!’ a tweet on Netflix’s official Twitter account read on Thursday.

It’s exciting news for fans of the first docu-series but, they’ll be sorely disappointed if they hope to see Carole back on screens.

Earlier this year, it was revealed that Carole and new husband Howard Baskin had refused to have any involvement with the upcoming episodes, claiming to have been betrayed by directors Eric Goode and Rebecca Chaiklin.

Speaking to RadioTimes.com, Carole said in February: ‘It was just a few weeks ago that Rebecca Chaiklin had reached out asking if we could clear the air.

‘I have been speaking about how we had been so misled into thinking this was going to be the Blackfish for big cats and then it turned out to be the freak show that they produced.

‘So when she said she wanted to clear the air, I felt like, you know, that’s just absolutely ridiculous. It was so obvious that I had been betrayed by them.

‘Why would she ever think that I would be willing to speak to them again? And so I told her to just lose my number.’

As for Joe, he’s desperately trying all avenues to get an early release from prison after being sentenced to 22 years in 2020 for the plot to kill charge as well as other crimes.

In July, a judge affirmed the 58-year-old’s conviction but ordered him to be resentenced. 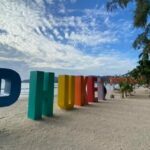 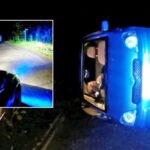 Car flipped over after couple having sex knocked handbrake off