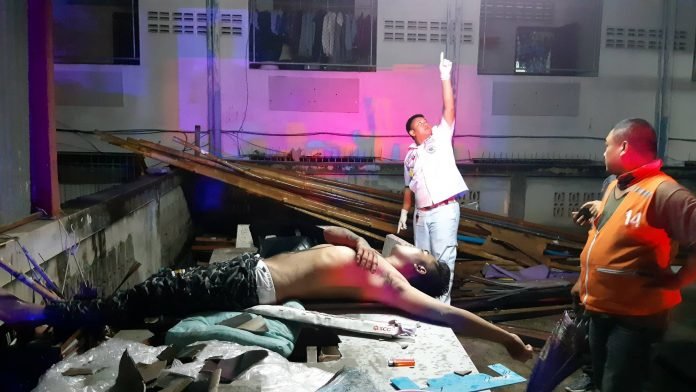 Rescue services and police were called to the Daraphan Apartment building in Sukhumvit Road Soi 42 after a man fell through a three meter high car park roof.

The man – who had no ID and was high or drunk on something according to locals – was seen on the apartment building roof before going lower.

He was given first aid at the scene before being taken to Banglamung Hospital.

He is in the custody of the Pattaya police.

A woman on an INN news video suggested he had argued with a woman and assaulted a child.

A hole was seen in the car park roof.

The story featured a great bit of pointing by a rescue service man – from where the falling man had come, to where he ended up. 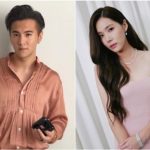