Home » Three Vietnamese tied up and robbed by hooded raiders

The three victims – one man and two women – were set free by neighbours who heard them shouting for help after the two robbers fled and took their mobile phones and Bt60,000 in cash.

They told police that the two robbers cuffed them with cable ties and covered their face with blankets while searching the room for valuables.

The perpetrators knocked on the door early in the morning then forced their way into the room.

The young victims said they had been in Thailand for six months and were attending career training courses while traveling.

Police are continuing to question them while checking on footage from surveillance cameras. 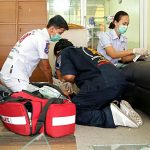 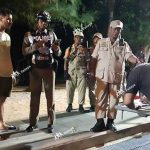