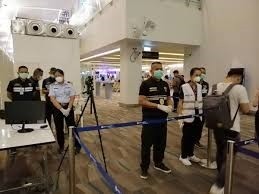 Three out of 105,677 passengers screened while passing through six airports were suspected of having symptoms similar to those of Covid-19 pneumonia, according to Airports of Thailand (AOT), the operator of the airports.

At Don Mueang International Airport, an Indian national, aged 39, who was flying in from Narita Airport in Japan on an AirAsia X flight had 37.7 degrees Celsius temperature but showed no signs of coughing or runny nose. He was ruled as a possible patient by the airport medical team and admitted to Bamrasnaradura Infectious Diseases Institute.

At Phuket International Airport, a German national who had travelled from Singapore on a SilkAir flight, showed symptoms of coughing, runny nose and had 38.6 degrees Celsius temperature. He was taken to Vachira Phuket Hospital as a suspected Covid-19 case.

At Suvarnabhumi Airport, a departing passenger, a Japanese national aged 27, showed symptoms of coughing and runny nose with 37.1 degrees Celsius temperature. She was ruled as a possible patient taken to Bangplee Hospital. 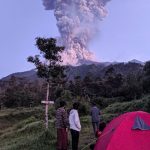