Immigration police have arrested three Mongolians for allegedly pickpocketing from a Slovak tourist on a Bangkok train.

Surachate said the three suspects were arrested under a warrant issued by the Phra Khanong Court on March 27.

He said the three were accused of pickpocketing from a Slovak tourist on March 11 after he took a BTS Skytrain from the Thong Lor to Onnut.

The tourist realised his wallet containing around Bt2,000 and four debit cards had disappeared. He filed a complaint with police who found his wallet dumped in a bin at the Siam Discovery Skywalk at 8pm. Police checked security cameras and saw the three suspects near the bin.

He said the three told police that they targeted foreign tourists in busy areas, such as department stores and BTS stations. 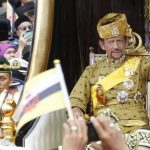