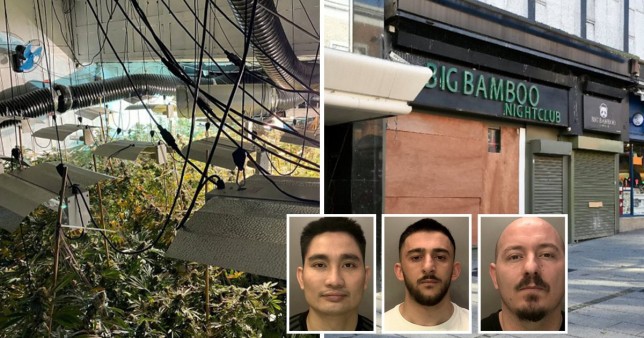 Three men have been jailed after the ‘largest and most sophisticated’ cannabis factory UK officers had ever seen was discovered strewn across dance floors inside a former nightclub.

Police were stunned to find more than 1,000 plants when they raided what was Coventry’s Big Bamboo venue on October 15.

National Crime Agency (NCA) officers smashed through several reinforced doors to access the ‘industrial’ grow which stretched over three floors in the city centre venue, with officers valuing the factory at £1 million.

Sophisticated planting, growing and irrigation equipment, worth around £150,000, was also discovered at the site,

The electricity supply in the building had also been bypassed, with the equipment inside directly and illegally connected to the commercial supply from the street outside.

Albanians Andi Cani, 24, and Adrian Lleshaj, 29, and Cao Van Vu, 31, from Vietnam, were arrested at the abandoned nightclub.

On Tuesday, Vu was jailed for 40 months, Lleshaj for 35 months, and Cani for 28 months.

Police drone footage shows Cani and Lleshaj trying to hide on the roof as officers stormed the premises before they were eventually found and arrested.

In interviews with NCA investigators, all three men admitted having paid people smugglers to assist them in entering the UK illegally.

They will face deportation after serving their jail terms.

The NCA said it was ‘the largest and most sophisticated cannabis factory’ they had ever seen.

The organisation’s Branch Commander Mick Pope said: ‘These men were involved in producing cannabis on an industrial scale.

‘It is certainly the largest and most sophisticated cannabis factory ever found by the NCA.

‘They were responsible for maintaining and storing drugs and equipment worth over a million pounds, which shows the wider criminal network behind this operation clearly trusted them.’

He continued: ‘The takedown of this facility will have had a huge impact on the wider organised crime group, depriving them of potentially millions of pounds in profit, which would have been used to fund further criminality and exploitation.

The operation was supported by officers from West Midlands Police’s Cannabis Disruption Team.

‘It’s always great when we can help out a partner agency. Our job is to protect the public and drones are invaluable to us.’ 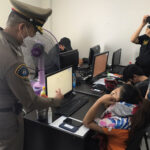 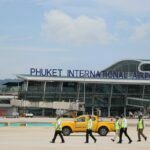