Phuket City Police were notified of the incident at 2am at Baan Laem Tukkae in Koh Sirey.

Local residents told police, when they arrived, that two of the injured had already been taken to Phuket Provincial Administrative Organisation Hospital.

They were O Pramongkit and Panya, who had sustained injures from cut wounds.

Witnesses told police that before the incident happened, people at the party were enjoying the reception, drinking and dancing.

Two groups of teenagers then started arguing and later became involved in a chaotic fight.

Police were continuing their investigation with a view to taking action against the troublemakers as soon as possible. 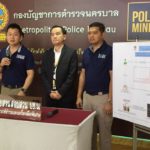 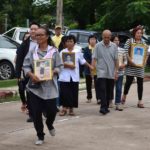 Court upholds death sentence for 2015 rape and murder of teenager