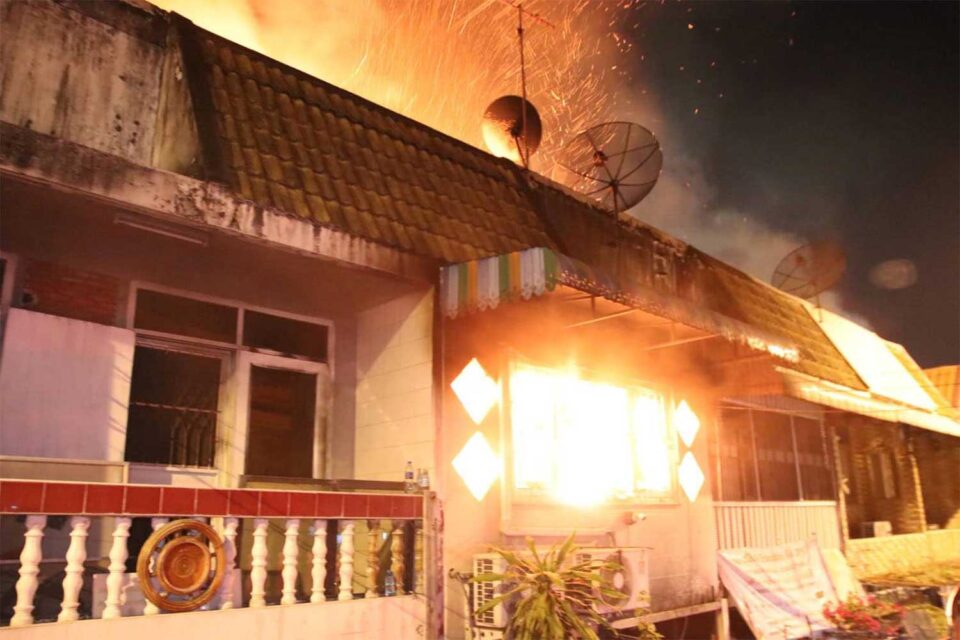 Three members of a family died, with the woman hugging her young grandchild, in a fire that started in their townhouse and then spread to four others in Muang district of Samut Prakan in the early hours of Thursday.

Five trucks and crews and rescue workers were called to the blaze at Nakhon Thong housing estate in tambon Thepharak around 3.30am, Pol Capt Nakharin Champanin, deputy investigation chief at Samrong Nua.

The fire was already raging through a row of five townhouses when they arrived, Thai media reported. Fire fighters took more than one hour to bring the blaze under control.

After the fire it was found that three people had been trapped on the second-floor of one fire gutted townhouse, where the windows were covered with iron bars.

The distraught man told police there were four family members living inside his house. His wife, their grandchild and his son stayed on the second floor, while he slept on the ground floor.

All were sleeping when the fire began. The smell and smoke woke him up and he saw flames were already spreading through the house. He shouted out warnings for everybody to get out of the building.

The fire was already raging fiercely and the house thick with smoke. He fled outside to get help from their neighbours.  They could not get to the second floor and tried to pry open the iron bars on the outside of the second floor windows, but failed, Samut Prakan media reported.

There were no injuries in the other houses.

Police said an electrical short circuit was the probable cause of the fire. Forensic investigators were still collecting evidence from the gutted building. 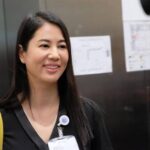