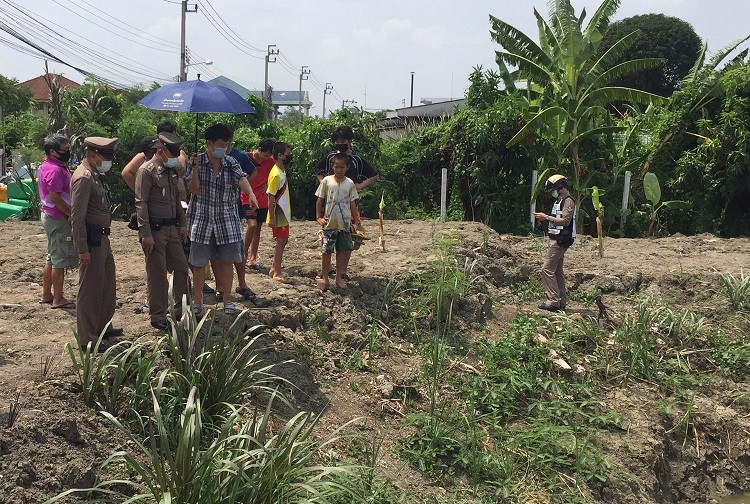 Three boys, aged 5-7, drowned in a water-filled ditch on a plot of land that was being concerted into a fruit orchard in Bang Bon district of Bangkok on Saturday.

Police and divers from the Poh Tech Tung Foundation rushed to the scene on Ekkachai Soi 133 off Ekkachai Road after being alerted by relatives of the boys.

Divers and local residents took more than one hour to recover the boys, who were unconscious. Medics performed CPR and immediately sent them to nearby hospitals, but they were pronounced dead shortly afterward.

Peerada Thongsrimuang, 20, who was among the searchers, said all three children lived at the Mankhong 133 community in Bang Bon and they often played together on the deserted plot of land.

The land was being levelled about a month ago as the owner intended to plant fruit on it, and the operation created a large ditch. Local media reported that the water in the ditch was about 2 metres deep.

On Saturday, the boys’ parents went to work and left their children in the care of relatives. Some residents saw the boys going to play near the ditch, said Ms Peerada.

But later, only their flip-flops were seen near the ditch. She and some neigbhours went to investigate and then alerted a rescue unit.

Police inspect the ditch at a land plot in Bang Bon district and question witnesses about the drowning of three small boys. (Photo supplied: Wassayos Ngamkham) 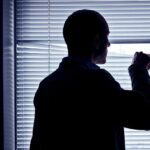 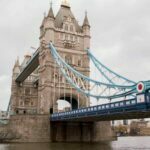